Jack Ma, who is known for his outspokenness and audacious statements, has been largely out of the public view since criticising China’s regulatory system. 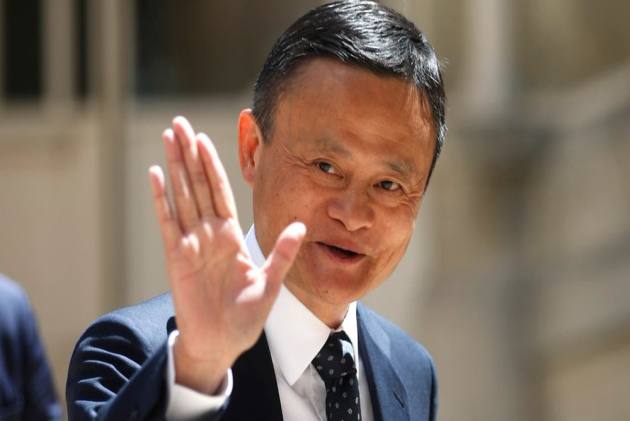 China's billionaire entrepreneur Jack Ma is "lying low" and avoiding the spotlight, according to an Alibaba executive. After running into trouble with the Chinese government, Ma is keeping a low profile and has taken up painting as a hobby, according to his close business partner Joseph Tsai.

Last year, Ma was summoned by China’s financial regulators and his company was fined USD 2.8 billion for allegedly indulging in a monopolistic act of abusing its dominant market position.

Joe Tsai, who co-founded the Chinese e-commerce giant with Ma said, “He is living a normal life.”

Where Is Jack Ma? Alibaba Founder Suspected To Be Missing

“He is lying low right now,” Tsai, executive vice-chairman of Alibaba was quoted as saying on Wednesday by the Hong Kong-based South China Morning Post owned by Ma.

“I talk to him every day and message him through our internal messaging platform. He is actually doing very, very well. He has taken up painting as a hobby. It is pretty good.”

The formerly outspoken Ma has made only rare public appearances since criticising China’s financial regulatory system last October during the Bund Summit, an event attended by hundreds of bankers and regulators in Shanghai.

This speech riled the ruling Communist Party-led government which in turn launched a probe against his firm. His prolonged absence created speculation about his whereabouts.

Tsai noted that Ma had already stepped down from his chairmanship and CEO role at Alibaba two years ago, and was now focused on hobbies and philanthropy.

“That is what he is, now. He’s living a normal life, after business,” Tsai said.

“He is just like you and me, a normal individual. He has built a tremendous company of this scale, and has done great things for society … and today he just wants to focus on something he really wants to spend time on, all the hobbies, the philanthropy, and that’s where he is now.”

Alibaba went through a stormy 2020, with Ma being summoned by national regulators after he likened traditional Chinese banks to “pawn shops” and questioned whether the Basel Accords – a set of global banking regulatory recommendations – were suitable for China.

An initial public offering of Alibaba’s affiliate, Ant Financial, was halted at the last minute the next month.

In December, Beijing launched an antitrust probe into Alibaba, ultimately slapping a record fine of USD 2.8 billion on the tech giant for monopolistic practices.

“Our business was under some restructuring, on the financial side of things. And also on the antitrust regulations, we have to pay a big fine, but we have got it behind us,” Tsai said.