A school bus was dropping off kids not even 50 feet down the street from the spot where an alligator popped out of a drainage hole in Alabama. 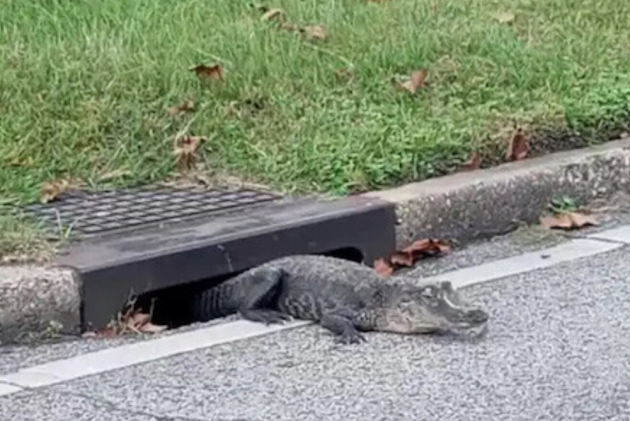 An Alabama apartment complex was paid a visit by an unusual guest as children were coming home from school Monday afternoon: an alligator that crawled out of a storm drain.

Kenisha Miller and her boyfriend, Anthony Patterson, told WKRG-TV that they were driving home when they stopped to do a double-take in a downtown Mobile neighbourhood.

“We saw a gator coming out of the drainage hole, and I was like, Is that really a gator?'” Miller said.

The couple tried to get police and wildlife officials to the scene quickly as the reptile inched toward the complex.

A school bus was dropping off kids not even 50 feet (15.2 meters) down the street. Miller and Patterson said other people were initially oblivious to the gator.

But a crowd soon formed, with some neighbourhood residents trying to record the surprising scene.

“They were just as shocked as we were,” Patterson said. “Never (seen) nothing like this, in the hood anyway.”

Wildlife officials safely captured the alligator and took it away.