Twenty states of the United States of America have now formally recognized the month of October as Hindu Heritage Month. 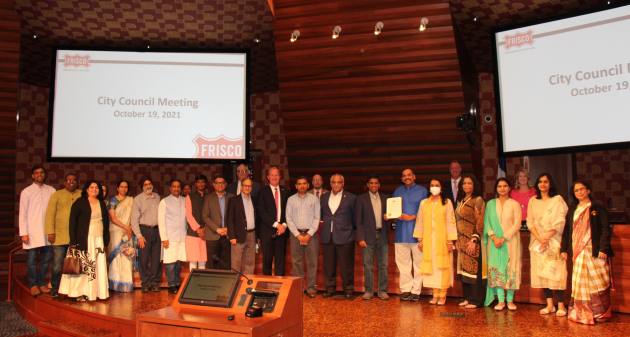 Americans across the country are observing October as the Hindu Heritage Month, with 20 of the 50 states and over 40 cities issuing proclamations about it, community leaders said Monday.

The first-ever initiative of Hindu groups in the country has been welcomed by elected representatives who have issued proclamations and notifications to acknowledge the contributions of this minority community in the US.

From Yoga to food, festivities to charity, dances to music, and non-violence to profound philosophy, a Hindu way has touched all walks of life in the US. The Hindu community is celebrating this month in any and all of these forms that uniquely identify with the Hindu community, it said.

Troy in Michigan, Irvine in California Portland in Oregon and Irving and Houston in Texas are some of the cities to recognise October as the Hindu Heritage Month. For the American leaders across the nation, the contribution of the ancient Hindu way and, more importantly, the active role of Hindus in American society was worth appreciation and praise, the release said.

While US Congressman Troy Balderson acknowledged the resilience of the Hindu American community in his letter of recognition, Indian origin Congressman Raja Krishnamurthy termed Hindusim a "uniquely pluralistic religion".

Commonwealth of Massachusetts Governor Charlie Baker said the vibrant Hindu community contributed tremendously in "the vitality of the Commonwealth..."

While other cities were acknowledging Diwali and the contribution of Hindus, the City of Troy, Michigan, went a step further and recognised the charity carried out by the community during the festival.

Thanking the City of Irving, for appreciating the community and supporting Hindu Heritage Month activities, Bindu Patel, a Hindu leader said the Hindu Swayamsevak Sangh (HSS) is working with the local interfaith community and celebrating Diwali as "Sewa Diwali – food drive" with a spirit of giving back to the society.

HSS volunteer Rajender Sandadi from Troy, Michigan, accepted the proclamation during a City Hall meeting with the community's representatives. He thanked the city for inclusiveness in action and for appreciating the contribution of the Hindu society.

"This year, Diwali falls in the first week of November. Hence, it is expected that the Hindu Heritage Month will naturally get extended by a few more weeks in its celebrations and spirit of giving," the release said.