Only 35% of Americans approve of US President Joe Biden's handling of immigration, down from 43% in April, according to a poll from The Associated Press-NORC Center for Public Affairs Research 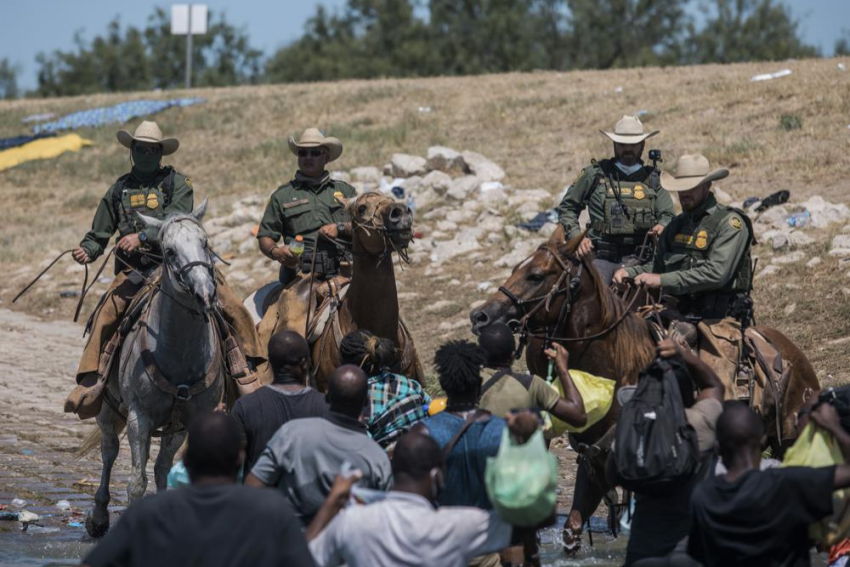 President Joe Biden is caught between a hard place and an even harder one when it comes to immigration.

Biden embraced major progressive policy goals on the issue after he won the Democratic nomination, and he has begun enacting some. But his administration has been forced to confront unusually high numbers of migrants trying to enter the country along the US-Mexico border, and the federal response has inflamed both critics and allies.

Much of the anger is centered on the administration's immigration point person, Homeland Security Secretary Alejandro Mayorkas.

US Stems Flow Of Haitian Migrants, Starts Flying Them Back Home

“Getting hit from both sides in the matter of immigration is no surprise,” Mayorkas said on NBC last weekend. “We are in the epicenter of the country's divide, regrettably.”

The result is that immigration has become an early and unwanted distraction for an administration that would rather focus on the pandemic, the economy and other policy priorities.

Just 35% of Americans approve of Biden's handling of immigration, down from 43% in April, when it was already one of Biden's worst issues, according to a new poll from The Associated Press-NORC Center for Public Affairs Research. Immigration is a relative low point for Biden within his own party with just 60% of Democrats saying they approve.

Images of Border Patrol agents on horseback blocking Haitian migrants from crossing the Rio Grande only added to the angst. While the widely shared photos incorrectly suggested that agents were using their reins to whip at mostly Black migrants, Mayorkas and Biden expressed outrage at the tactics and Homeland Security is investigating.

The outcry was such that Mayorkas was asked if his department was a “rogue agency." He responded, “I couldn't disagree more vehemently.”

Some of Biden's strongest supporters on Capitol Hill and among outside immigrant advocates had already been expressing outrage about the administration's continued reliance on a Trump-era public health authority, known as Title 42, to rapidly expel migrants, including thousands of Haitians.

Marielena Hincapié, executive director of the National Immigration Law Center and onetime co-chair of a task force on immigration meant to unite Biden supporters with more progressive primary backers of Sen. Bernie Sanders, noted that the White House “has appointed some of the best people in our movement” to help run immigration programmes.

But she is among those opposed to Title 42, which the Trump administration invoked early in the pandemic, ostensibly to slow the spread of COVID-19. It prevents people from making claims for U.S. asylum.

“This is the moment when friends need to have those courageous conversations with friends,” Hincapié said. “When they're making the wrong decision.”

The administration's refusal to halt Title 42 — even appealing a court order to stop relying on it to expel families — along with the lack of progress in Congress on a sweeping immigration bill that Biden introduced upon taking office has prompted supporters to warn of a return to the enforcement-heavy policies of President Barack Obama.