Amnesty International urged China on Tuesday to revoke the death sentence given to a Canadian citizen in the country, a decision that was condemned by Canadian Prime Minister Justin Trudeau as 'arbitrary'. 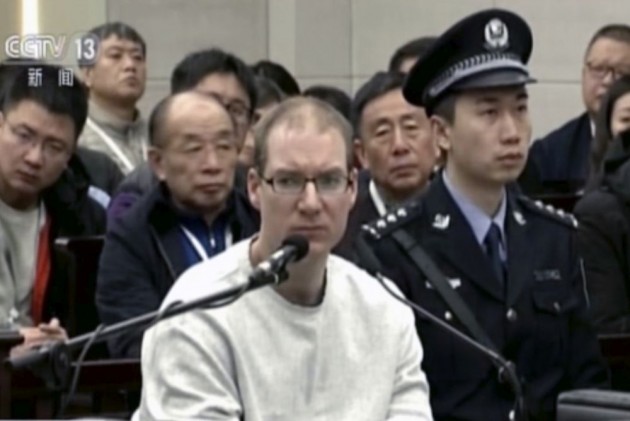 Amnesty International urged China on Tuesday to revoke the death sentence given to a Canadian citizen in the country, a decision that was condemned by Canadian Prime Minister Justin Trudeau as "arbitrary".

On Monday, a court in Dalian city gave Robert Lloyd Schellenberg the death penalty over drugs charges, a decision which came amid a diplomatic crisis between Beijing and Ottawa after Canada arrested Meng Wanzhou, the Chief Financial Officer of Chinese telecom giant Huawei, on December 1.

"The death sentence given to Robert Schellenberg does not deliver justice. We urge the Chinese authorities to revoke this sentence. Drug-related offences do not meet international standards for the use of capital punishment," China researcher for Amnesty, William Nee, said in a statement cited by Efe news.

Schellenberg was initially arrested in 2014 and accused of planning to send 222 kg of methamphetamines from China to Australia.

In November, he was sentenced to 15 years in prison for drug smuggling, but the sentence was appealed, and on December 29 the court ordered a re-trial.

"The sudden re-trial and apparent rush to judgment have highlighted the numerous flaws in China's judicial system," said Nee.

Schellenberg's case was the most recent in a series of incidents between Ottawa and Beijing which began with Meng's arrest at the request of the US. Washington has sought her extradition for fraud and violating the US sanctions on Tehran.

The row was further aggravated when two Canadian citizens, Michael Kovrig and Michael Spavor, were arrested in China, suspected of activities that Beijing said put the country's national security at risk.

The Canadian media said that although in the past death sentences had been handed down to foreign citizens in China for drug trafficking, Schellenberg's case was not made public by the Chinese authorities until after Meng's arrest.

"China's death penalty system is shrouded in secrecy, which contributes to why many will be questioning the timing of this decision. We have seen before that in highly politicized cases the trial is often a mere spectacle with the outcome already decided," Nee added.

China is believed to execute thousands of people each year -- more than all other countries in the world put together -- but is highly secretive about the number, Amnesty said.