The Hollywood actress Angelina Jolie said the girls in Afghanistan don't know if they can go back to school. 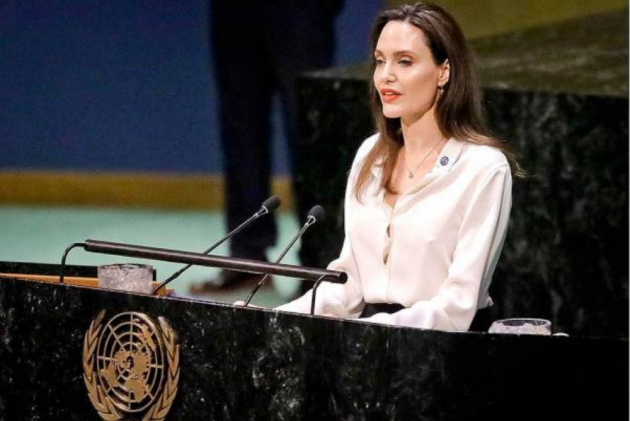 Angelina Jolie has expressed concern about the situation of women and girls in Afghanistan.

The actress, who is also a special envoy to the UN's high commissioner for refugees, told a German newspaper Sunday she doesn't think the incoming government in Afghanistan could simply turn back the clock so that everything would be like 20 years ago.

But she still has big worries about the situation for women there.

Jolie told the weekly Welt am Sonntag: “I'm thinking of all the women and girls who don't know now if they can go back to work or school. And I'm thinking of the young Afghans who are worried that they will lose their freedom.”

Taliban fighters captured most of Afghanistan last month and celebrated the departure of the last U.S. forces after 20 years of war. The insurgent group must now govern a war-ravaged country that is heavily reliant on international aid. (AP)