Bhatia comes to the UN after a long career at the World Bank and its private sector arm, the International Finance Corporation (IFC), where she worked in strategic partnerships, resource mobilization and management. 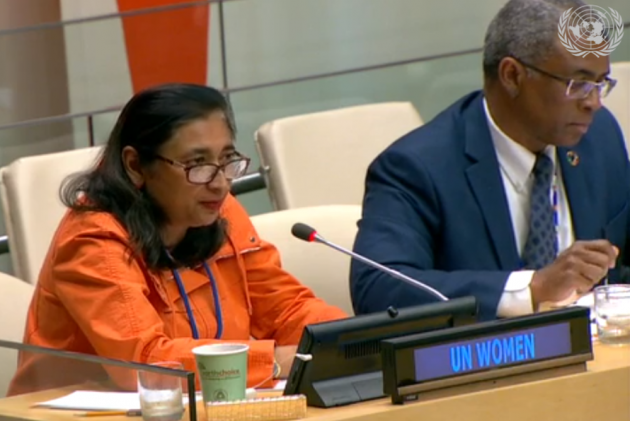 In that position, she will be responsible for resource management, sustainability and partnerships, and simultaneously serve as the Deputy Executive Director of the UN Entity for Gender Equality and the Empowerment of Women, which is known as UN Women, Haq told reporters here on Thursday.

Bhatia comes to the UN after a long career at the World Bank and its private sector arm, the International Finance Corporation (IFC), where she worked in strategic partnerships, resource mobilization and management.

She was the IFC's Director of Global Partnership, working with public and private sector partners to support the Corporation's strategy in key areas like conflict-affected states and financial inclusion as well as support to women-owned businesses.

She has headed the IFC's Latin America Advisory Operations based in Lima, Peru, and La Paz, Bolivia, and has worked in Africa, Europe, Central Asia and South and East Asia.

She has a Bachelor's degree in history from the University of Calcutta, a Master's in political science from Yale University, and a law degree from Georgetown University.