Anna Hazare Calls Of Hunger Strike Hours After Announcing It

'The Union government has agreed to some of my demands and also announced setting up a committee to improve the lives of farmers', said Anna Hazare. 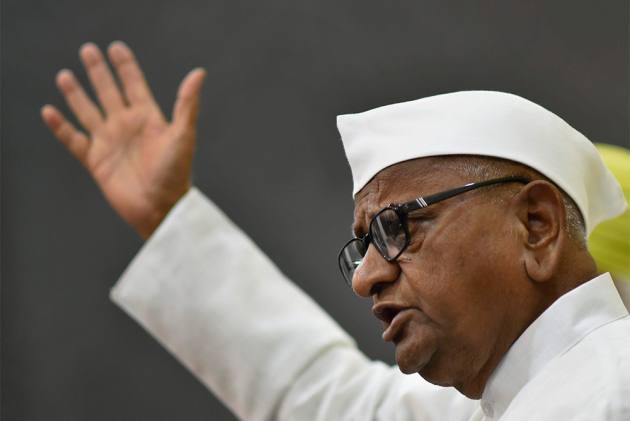 Hours after announcing a hunger strike social activist Anna Hazare on Friday retracted his call for the hunger strike and said that he won't be proceeding with the indefinite fast against the new farm laws and claimed that the Central government has agreed to some of his demands.

In a statement earlier in the day, Hazare (84) had announced that he will be starting the hunger strike from his village Ralegan Siddhi in Maharashtra on Saturday.

In that communication, Hazare had said he had written to the prime minister and union agriculture minister five times on the plight of farmers but to no avail.

"The Union government has agreed to some of my demands and also announced setting up a committee to improve the lives of farmers. I have decided to suspend my proposed indefinite fast starting from Saturday, Hazare said.

While announcing the hunger strike, Hazare had said, "I have been demanding reforms in the agriculture sector, but the Centre doesn't seem to be taking the right decisions."

"The Centre has no sensitivity left for farmers, which is why I am starting my indefinite fast at my village from January 30," he had said and appealed to his supporters not to flock to his village district in view of the coronavirus pandemic.

Hazare, who was at the forefront of the anti-corruption movement in 2011, had recalled that when he went on a hunger strike at Delhi's Ramlila Maidan, the then UPA government had called a special session of Parliament.