Democrat Rev Raphael Warnock is also the first Democrat to win the Senate race from Georgia in 20 years. 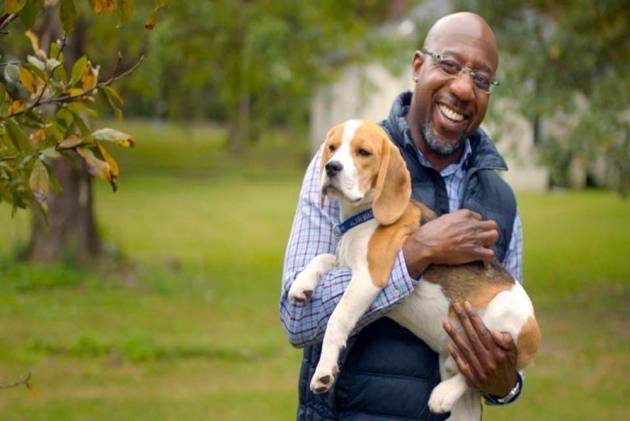 Democrat Rev Raphael Warnock on Wednesday secured a crucial win in the senatorial race, becoming the first Black senator from Georgia and bringing his party within the reach of a majority in the US Senate ahead of President-elect Joe Biden's inauguration.

He is the first African-American to represent Georgia in the US Senate. He is also the first Democrat to win the Senate race from Georgia in 20 years.

The control of the Senate now boils down to the other Senate runoff from Georgia wherein Republican incumbent Senator David Perdue is trailing against Democrat Jon Ossoff, when reports last came in. The special elections were held on Tuesday.

Both President Donald Trump and President-elect Joe Biden had campaigned for their respective candidates.

The 100-member Senate now has 50 seats for the Republican Party and 49 to the Democrats. The result of the Perdue vs Ossoff is yet to be called in.

In the event of both Republicans and the Democrats having 50 seats in the Senate, Vice President-elect Kamala Harris in her capacity as the Vice Chairman, who presides over the Senate meetings, would cast the crucial vote in favour of the Democrats.

When reports last came in, Ossoff was leading Senator Perdue by a little over 16,7000 votes. Ossoff, if elected, would be the youngest member of the US Senate.

“For the first time in six years, Democrats will operate a majority in the United States Senate -- and that will be very good for the American people,” he said.

“America is experiencing one of the greatest crises we have ever faced, and the Senate Democratic Majority is committed to delivering the bold change and help Americans need and demand. Senate Democrats know America is hurting -- help is on the way,” Schumer said.

“Senators-elect Raphael Warnock and Jon Ossoff ran first-rate campaigns and will be outstanding Senators for Georgia. When Raphael Warnock was born, both of Georgia's Senators were segregationists. Yesterday, Georgia just elected its first African-American Senator in its history. I am so proud of both of their campaigns and excited to welcome them to the Senate,” he said.

As Majority Leader, President-elect Biden and Vice President-elect Harris will have a partner who is ready, willing and able to help achieve a forward-looking agenda and deliver help and bold change to the American people, Schumer added.