Ask Tough Questions To China On CPEC: US Urges Pakistan 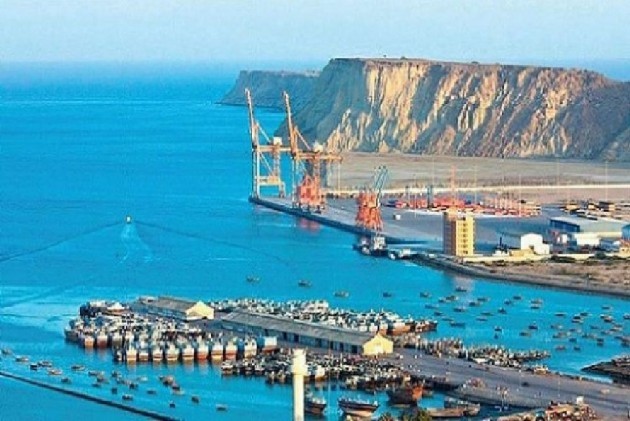 The Trump administration has urged Pakistanis to ask tough questions to China on the China Pakistan Economic Corridor, as a top American diplomat launched a blistering attack on the multi-billion dollar project which the official claimed is going to take a toll on Islamabad's economy.

The CPEC was launched in 2015 when President Xi Jinping visited Pakistan and it now envisages investment of over USD 50 billion in different projects of development in Pakistan.

"We hope Pakistanis will ask Beijing tough questions on debt, accountability, fairness and transparency... Ask the Chinese government why it is pursuing a development model in Pakistan, that significantly deviates from what brought China its own economic success," Principal Deputy Assistant Secretary of State for South and Central Asia Alice Wells said on Thursday in a major policy address.

"Why doesn't the Pakistani public know the price for CPEC's most expensive project, or how it's being determined on debt?"

"What are the long-term effects in Pakistan of Chinese financing practices?" the top American diplomat asked in her remarks on China's Belt and Road Initiative (BRI) in South and Central Asia, with emphasis on the CPEC.

In her speech at the Woodrow Wilson International Center for Scholars, Wells said that the CPEC is a main initiative of the One Belt One Road project intending to bring Pakistan closer to China by addressing infrastructure needs, but potentially at an unsustainable cost to Pakistan.

"Together with non-CPEC Chinese debt payments, China's going to take a growing toll on the Pakistan economy, especially when the bulk of payments start to come up in the next four to six years. Even if the loan payments are deferred, they're going to hang over Pakistan's economic development potential hamstringing Prime Minister Khan's reform agenda," Wells said.

In July, the IMF had said Pakistan was facing "significant economic challenges" due to weak and unbalanced growth and that its economy is at a critical juncture where it needs an ambitious and bold set of reforms.

At the time, Pakistan had a currency reserve of less than USD 8 billion, enough only to cover 1.7 months of imports.

Wells said, "Inflated pricing of power and development projects is not good for the Pakistani people. The CPEC almost always takes the form of burdensome loans or financing with Chinese state-owned enterprises and the Chinese government profiting. This is hardly the 'peace and win-win cooperation' OBOR is supposed to facilitate."

China is a member of the G20, but has not implemented G20 infrastructure standards, or adopted Paris Club practices of greater concessions and grant aid, she alleged.

"Both of these actions would ensure greater transparency in lending practices as a part of CPEC," she said.

The CPEC, she said, relies primarily on Chinese workers and supplies rather than giving that business to Pakistan companies and workers.

"Pakistanis — particularly enthusiastic youth — are more than able and willing to work on projects that will benefit their country," she asserted.

Wells said OBOR lacks transparent financing practices. Failure to repay can lead to unsustainable debt burdens, which can result in surrendering of assets and diminishing sovereignty.

"In fact, the ambassador said that China wants to see its relationship with Pakistan serve as an example for its relations with other States," she said.

Making a few observations on cost, debt, transparency and jobs, Wells said according to Pakistani government statistics for each megawatt generated by a completed CPEC thermal energy project developers spent an estimated, USD 1.5 billion. In comparison, the cost per megawatt of building non CPEC thermal plant is half of that, or USD 750 million, she said.

What are the long-term effects in Pakistan of Chinese financing practices, and what are the burdens that have fallen on the new government to manage with now with an estimated USD 15 billion in debt to the Chinese government, and another USD 6.7 billion in Chinese commercial debt?

"Because it's clear, or needs to be clear that CPEC is not about aid," she said.

Slamming China on transparency, Wells said lack of transparency can increase the cost and cost of corruption, resulting in an even heavier debt burden for Pakistan.

Instead of creating jobs in Pakistan, she said CPEC is bringing in Chinese workers who earn money in Pakistan, take the wages back to China, leaving very little in the local economy.