As portions of the country emerged from lockdown on Friday, Australia announced intentions to cut commercial passenger arrivals in half due to the emerging risk of the COVID-19 delta variant. 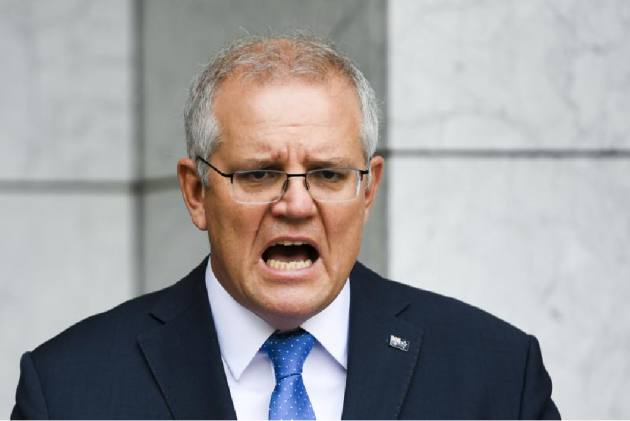 Australia plans to halve commercial passenger arrivals due to virus risks as parts of the country emerged from lockdowns Friday.

Australia will reduce its cap on arrivals from 6,000 passengers a week to 3,000 by July 14 to reduce pressure on hotel quarantine, Prime Minister Scott Morrison said after a meeting with state and territory leaders.

Australia already has some of the world's tightest border restrictions aimed at keeping COVID-19 out of the country. The new restrictions add to obstacles faced by 34,000 Australian citizens and permanent residents stranded overseas and registered with the government as wanting to come home.

The government will charter more airliners to repatriate Australians, but the reduced limit on commercial passenger arrivals could continue until next year.

“If medical advice changes between now and then, if medical advice suggests that we can alter that, then, of course, the National Cabinet has always been receptive to that advice and we'll continue to monitor that,” Morrison told reporters, referring to his decision-making meetings with the state and territory leaders.

“We wouldn't want to keep those caps in place any longer than we had to,” he added.

Almost half the Australian population locked down since last week due to clusters mostly of the delta variant of the coronavirus that is thought to be more contagious.

Several cities in Queensland state and the Northern Territory came out of lockdown on Friday. The Queensland capital Brisbane and the neighboring Moreton Bay area would remain in lockdown until Saturday after a mother and daughter tested positive in Brisbane.

The biggest cluster is in Sydney where 31 new cases were reported on Friday, the largest daily tally of the current emergency. Sydney's two-week lockdown is due to end on July 9.

Australia has been relatively successful in containing clusters throughout the pandemic, registering fewer than 31,000 cases in a population of 26 million and 910 deaths total.

The higher infection rate of the delta variant has exposed the vulnerability of the Australian population in which, according to government data, only 8% are fully vaccinated.

Morrison said a vaccine would be made available to every Australian who wanted one by the end of the year.

The government has proposed fewer restrictions for vaccinated people, such as allowing them to quarantine at home for a week after traveling overseas instead of two weeks in a hotel for the unvaccinated.

“A lot of people say: Well, why should I get vaccinated?'' They go: There's not much COVID around in Australia. I've got more chance of, I don't know, getting run over by a car than catching COVID,''” Morrison said.