Melbourne, Australia's second-largest city, will end its fifth lockdown on Tuesday, with the Victoria state government declaring victory over a second outbreak of the highly dangerous COVID-19 delta type. 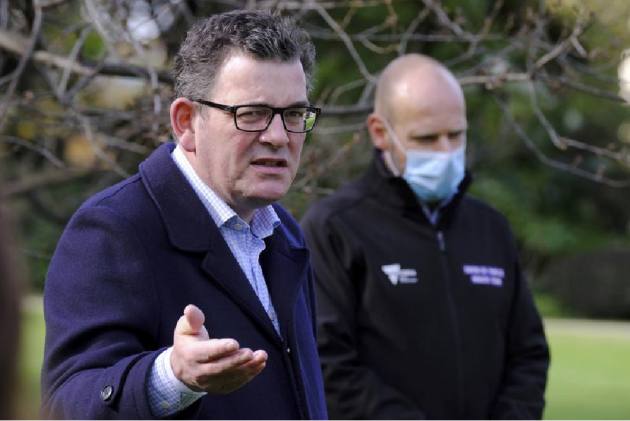 Canberra, Jul 27 (AP) Australia's second-most populous city Melbourne will end its fifth lockdown on Tuesday with the Victoria state government declaring it had beaten an outbreak of the highly contagious COVID-19 delta variant for a second time.

The five-day lockdown across Victoria ends at 11:59 p.m., allowing schools, pubs and restaurants to reopen, Victoria Premier Daniel Andrews said. But people will not be allowed to have visitors in their homes for another two weeks.

“This lockdown ... sends a very clear message that we have seen off two delta outbreaks,” Andrews said. “I don't think there's a jurisdiction in the world that has been able to achieve that, and every Victorian should be proud of that.”

Sydney, Australia's most populous city where the delta outbreak began in mid-June when a limousine driver was infected while transporting a U.S. air crew from the airport, remains in lockdown indefinitely after more than four weeks. The new outbreak has claimed 10 lives.

Victoria reported 10 new cases on Tuesday, but all had been in isolation while they were infectious.

It was the third consecutive day in which no new cases in Victoria had been in the community while infectious.

The South Australia government announced that the state's week-long lockdown will end as planned on Wednesday after no new COVID-19 cases were recorded Tuesday.

Australian states are quick to lock down due to relatively small clusters because of the low vaccination coverage of the population. Only 16% of adults are fully vaccinated.

Australia's immunization expert body, the Australian Technical Advisory Group on Immunisation, known as ATAGI, recommended on July 13 that adults under the age of 60 take Pfizer because of the increased risk of blood clotting in younger adults caused by the AstraZeneca vaccine. Pfizer and AstraZeneca are the only COVID-19 vaccines registered in Australia.

AstraZeneca had been recommended for all adults until a 48-year-old died of blood clots in April, then for Australians over 50 until a 52-year-old died in May.

But with Sydney's COVID-19 death toll rising, ATAGI on Saturday recommended adults as young as 18 in Sydney “should strongly consider getting vaccinated with any available vaccine” including AstraZeneca.

Australia has abundant stocks of locally-manufactured AstraZeneca, but imported Pfizer is in short supply. Most Australians under 40 have no access to Pfizer.

Because Australia has been relatively successful in containing COVID-19 outbreaks, many Australians are prepared to wait for months for Pfizer rather than risk AstraZeneca.