It will be the first ministerial visit from Australia after it joined a new security alliance with the UK and the US that triggered sharp reactions from France and raised apprehensions about its possible impact on the Quad. 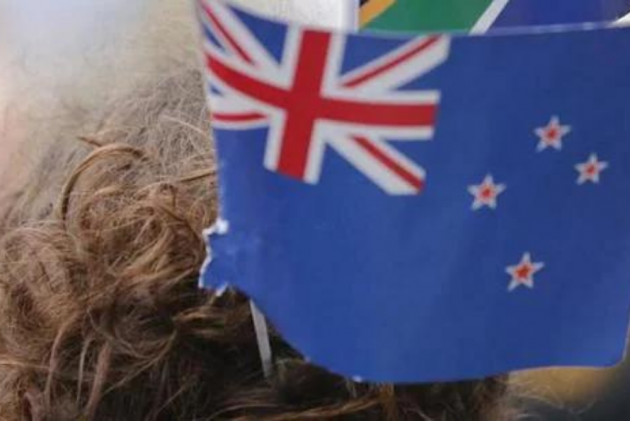 Australian Trade Minister Dan Tehan will visit India next week to explore sealing of an early harvest trade pact to be followed by a comprehensive economic cooperation agreement (CECA) in line with the overall policy approach by the two sides to ramp up economic ties.

It will be the first ministerial visit from Australia after it joined a new security alliance with the UK and the US that triggered sharp reactions from France and raised apprehensions about its possible impact on the Quad.

Tehan announced his visit to India, Indonesia and the United Arab Emirates, the UK and Europe in a speech at the National Press Club in Canberra.

"While in India, I will seek to further advance our recent progress towards a free trade agreement, or what is called the Comprehensive Economic Cooperation Agreement, CECA," he said.

"Both countries are committed to achieving an early harvest announcement on an interim agreement to liberalise and deepen bilateral trade in goods and services, and pave the way for an early conclusion of a full CECA," the Australian trade Minister said.

Tehan said he and his Indian counterpart Piyush Goyal are seeking to make progress towards an "interim deadline", describing India as a partner of Australia with a mutual interest in an open, inclusive and resilient Indo-Pacific.

"It's an ambitious approach, and this meeting will be crucial, but it's one that can be achieved if both sides are seeking a truly complementary agreement," he said.

"We are working towards an agreement that aligns with our principles and encourages expanded trade and investment flows to the benefit of the economies and peoples of both countries," Tehan said.

The Australian trade minister will arrive in India after visiting Indonesia.

"Two years from now, India, the world's biggest democracy, is on track to become the world's most populous nation. Backed by one million Indians turning 18 every month, rapid urbanisation and industrialisation, and a drive for technological innovation and digitisation, India's economic story offers enormous promise," he said.

"We all have a stake in India's success," he added.

"For Australia, there are significant growth opportunities in critical minerals, infrastructure, energy, technology, agriculture, education and space," he said.

The trade minister said emphasis will be given on these sectors in the Australian government's soon-to-be-released update to Peter Varghese's India Economic Strategy.

Tehan's visit to India comes amid a growing focus on the security pact among Australia, the US and the UK. The pact is seen as the most significant security arrangement among the three nations since World War II.

India on Tuesday said the new security agreement, AUKUS (Australia, the UK and the US) is neither relevant to the Quad nor will have any impact on its functioning.

The Quad comprises India, the US, Japan and Australia.

France reacted angrily to the formation of the new alliance as it resulted in Paris effectively losing a multi-billion dollar deal to build 12 conventional submarines for Australia. France is also upset over its exclusion from the alliance.