India and Bangladesh walk down memory lane as they commemorate the defeat of the Pakistan Army in 1971 and the birth of a new nation. 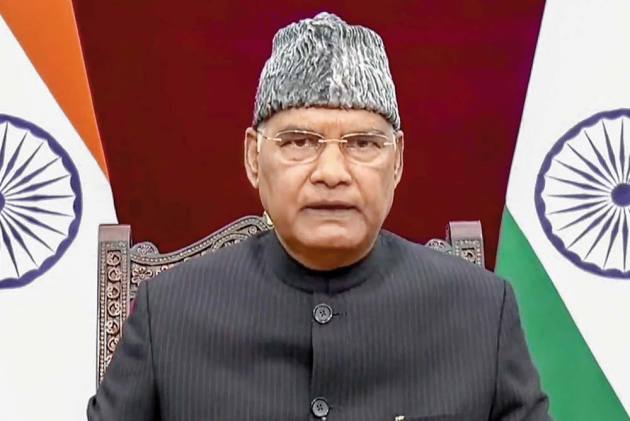 President Ram Nath Kovind will be in Dhaka to mark Bangladesh’s 50 years of Freedom. The 16th of December is also the day when the eastern command of the Pakistan army led by General AAK Niazi along with 93,000 soldiers lay down their arms and surrendered to the Indian and Bangladeshi forces. This brought the liberation war to an end and led to the birth of a free country. The loss of East Pakistan was a blow to the prestige of the Pakistan army at home. It has reinforced the Pakistan military’s suspicion of India and stiff opposition to Indian presence in Afghanistan. Pakistan had constantly accused India during the Hamid Karzai and Ashraf Ghani years of trying to fuel unrest in Balochistan through its consulate in Jalalabad. Now with the Taliban ruling in Afghanistan, Pakistan is breathing easy. Pakistan will fight tooth and nail to ensure that New Delhi does not get close to the new Taliban regime in Kabul.

President Kovind will be in Dhaka to mark the golden jubilee of this momentous occasion. This is his first visit to Bangladesh as well as the first time he is stepping out of the country since the pandemic.

President Kovind’s two-day state visit is at the invitation of Bangladesh President Abdul Hamid. He will be the chief guest at the victory celebrations to mark the occasion. There will be a military parade and a contingent of Indians from the three services will also take part. India under late prime minister Indira Gandhi played a significant role in the liberation of Bangladesh and Sheikh Hasina and her Awami League supporters have not forgotten that.

Over 1,000 Indian soldiers died in the war. The opposition Bangladesh Nationalist Party (BNP) and the Jamaat who once part of a BNP coalition do not share the Awami Leagues warmth towards India. The Jamaat was opposed to the liberation war and acted as fifth columnist during the liberation war.

The President will leave for Dhaka on Wednesday and one of his first visits will be to the National Martyr’s Memorial in the capital, where he will pay homage to all those who died for freedom. Approximately three million people died during the military crackdown by the Pakistan army in 1971, not just during the war, but during the period preceding the fighting when brute force was used on civilians. The infamous killing of intellectuals and students of Dhaka university, and atrocities committed on the civilian population supporting the independence movement. "India stood shoulder to shoulder with the people of Bangladesh…It was an article of faith for us,” foreign secretary Harsh Vardhan Shringla said at his news conference on Tuesday ahead of the President’s visit.

Prime Minister Sheikh Hasina as well as foreign minister Abdul Momen will call on President Kovind. Shringla said that India-Bangladesh ties was going through a golden period and Dhaka remained the central pillar of India’s neighbourhood first policy. He was in no mood to be reminded of the disquiet in Bangladesh over the National Register of Citizens (NRC), the Citizenship Amendment Act (CAA) or the communal flare-up in Bangladesh during the Durga Puja celebrations this year. Instead he focused on the positives in bilateral ties and pointed out that the political leadership of both countries "addressed issues that come up from time to time,’’ overall all this did not make a dent on the strong relations the two countries enjoyed. He said that the President’s visit was an "opportunity to renew our bonds." He went on to talk of the width and depth of the relationship saying despite the pandemic bilateral trade was showing a 14 per cent upward swing, from $9.46 billion last year to $10.78 billion now.

The President’s visit he pointed out was "to remember a great victory for a great cause." The mood at the moment is celebratory both in Delhi and in Dhaka and for now all unpleasant questions are being brushed under the carpet.