The suspect Iqbal Hossain was arrested from Bangladesh’s Cox Bazar along sea beach area on Thursday night by the police. 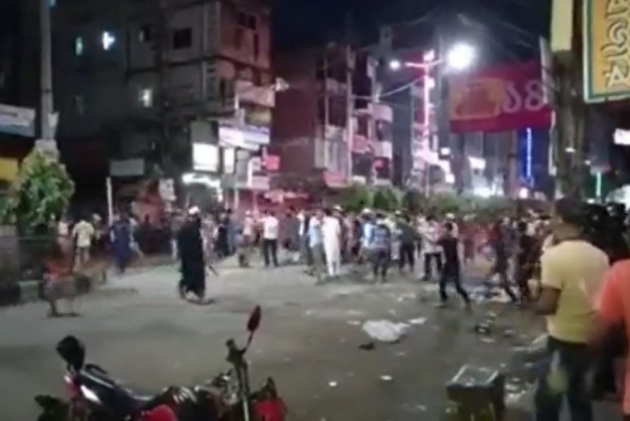 A key suspect in the recent violence against Hindus in Bangladesh during the Durga Puja festivities has been arrested on Friday.

As per reports, the arrested suspect has been identified as 35-year-old Iqbal Hossain, who was arrested from Cox’s Bazar sea beach area on Thursday night.

He is suspected to be the one who allegedly placed a copy of the Quran at a Durga Puja venue in Cumilla, bdnews24.com reported.

Attacks on Hindu temples have been reported in Bangladesh since last Wednesday after an alleged blasphemous post surfaced on social media during the Durga Puja celebrations.

On late Sunday night, a mob damaged 66 houses and set on fire at least 20 homes of Hindus in Bangladesh.

Rafiqul Islam, the additional superintendent of police of the district, said Iqbal was arrested at Cox’s Bazar sea beach about 10 pm on Thursday. The arrest was also acknowledged by Home Minister Asaduzzaman Khan Kamal.

"It is confirmed that Iqbal was arrested," Home Minister Kamal was quoted as saying in another report by The Daily Star.

Police on Wednesday said they have identified from security camera footage the young man who “placed the copy of the Quran” at the puja venue in the city’s Nanua Dighir Par in the wee hours of October 13, the report said.

While police have not divulged further information except the arrest, the family members of Hossain claimed that he was mentally unstable and someone might have taken advantage of his condition to make him place the Quran, the Dhaka Tribune reported.

The communal violence later spread across the nation that claimed seven lives and many houses and businesses of Hindu community, the report said.

Local media reported that six Hindus were killed in separate attacks, but the figures could not be confirmed independently.

The attacks on the Hindus have been condemned by the United Nations.

Mia Seppo, the UN's resident coordinator in Bangladesh, said in a Twitter post on Monday that the attacks on Hindus are against the values of the Bangladesh constitution and need to stop.

On Monday, the Ministry of Home Affairs transferred seven police officials from troubled areas for failing to control the violence.

On Tuesday, Bangladesh Prime Minister Sheikh Hasina instructed her home minister to initiate immediate action against those who incited violence using religion as she asked the people not to trust anything on social media without fact-checking.

The Foreign Ministry in a statement underlined that the Government of Bangladesh "unequivocally condemned those incidents and took serious note of the reactions from within and outside the Hindu community."

Hindus make up some 10 per cent of the Muslim-majority Bangladesh's 169 million population. (With PTI inputs)