Former American President was labelled a hypocrite after pictures from his 60th birthday bash featured the Obama dancing with guests without wearing a mask. 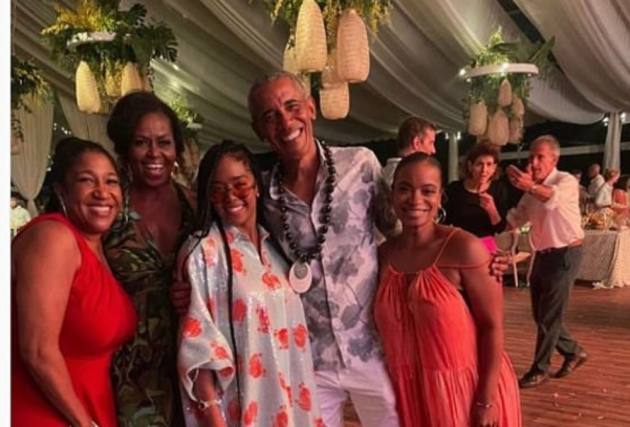 Former American President, Barack Obama’s 60th birthday bash was labelled as “hypocrisy at its finest” after photos of Barack Obama surfaced online, in which he was dancing with his guests, without wearing any masks and flouting many other guidelines regarding Covid-19.

According to a report in Mail Online, around 400 guests were at the former American President’s birthday celebrations at his mansion, on Martha's Vineyard, off the Massachusetts coast on Saturday night.

Despite a ban on posting pictures and videos from the birthday bash on social media, several guests, including popular American singer H.E.R, posted moments from the party which reportedly went on till early morning.

The photos and videos revealed details from the party, including  a wide variety of food items, high-end cocktails and celebrity performances including two marijuana-smoking DJs,.

Although the photos and the videos were later removed, they stayed on the Internet long enough, for Obama to be ridiculed and labelled a 'hypocrite' for organising a birthday party amidst a fear of rising number of coronavirus cases in the US.