The now-deleted tweet, which has been circulated on social media, showed a black and white photo of a couple holding hands with a chimpanzee dressed in clothes with the caption, ‘Royal Baby leaves hospital’. 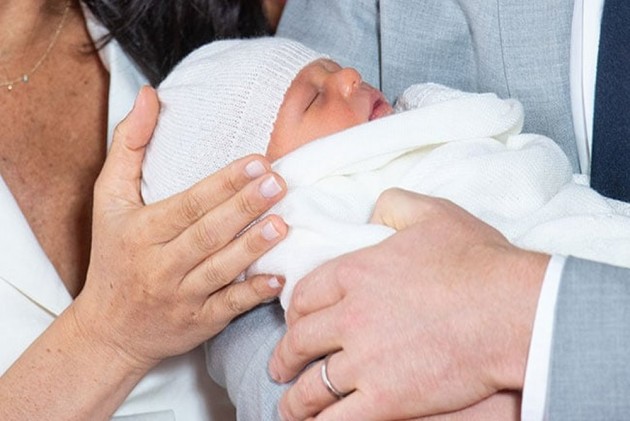 British broadcaster, Danny Baker was fired on Thursday by the BBC over his "stupid unthinking gag" on Twitter about Prince Harry and Meghan Markle's newborn son, Archie.

The now-deleted tweet, which has been circulated on social media, showed a black and white photo of a couple holding hands with a chimpanzee dressed in clothes with the caption: "Royal Baby leaves hospital".

The 61-year-old presenter was accused of mocking the Duchess of Sussex's racial heritage.

A BBC spokesperson said: "This was a serious error of judgment."

The corporation added that Baker's tweet "goes against the values we as a station aim to embody.

"Danny's a brilliant broadcaster but will no longer be presenting a weekly show with us," the spokesperson said.

Harry and Meghan, whose mother Doria Ragland is an African American, revealed on Wednesday their new son was named Archie Harrison Mountbatten-Windsor.

After an initial backlash on social media, Baker said, "Sorry my gag pic of the little fella in the posh outfit has whipped some up. Never occurred to me because, well, mind not diseased.”

"Soon as those good enough to point out its possible connotations got in touch, down it came. And that's it," he said.

Earlier, Baker told his half a million followers on Twitter, that he has been door stepped by reporters at his home, saying he was asked, "Do you think black people look like monkeys?"

In the following tweet, he added, "Would have used same stupid pic for any other Royal birth or Boris Johnson kid or even one of my own. It's a funny image. (Though not of course in that context.) Enormous mistake, for sure. Grotesque.”