It was surprising for us when China raised the issue of additional guarantees during the meeting, a senior Pakistani official who was part of the meeting said. 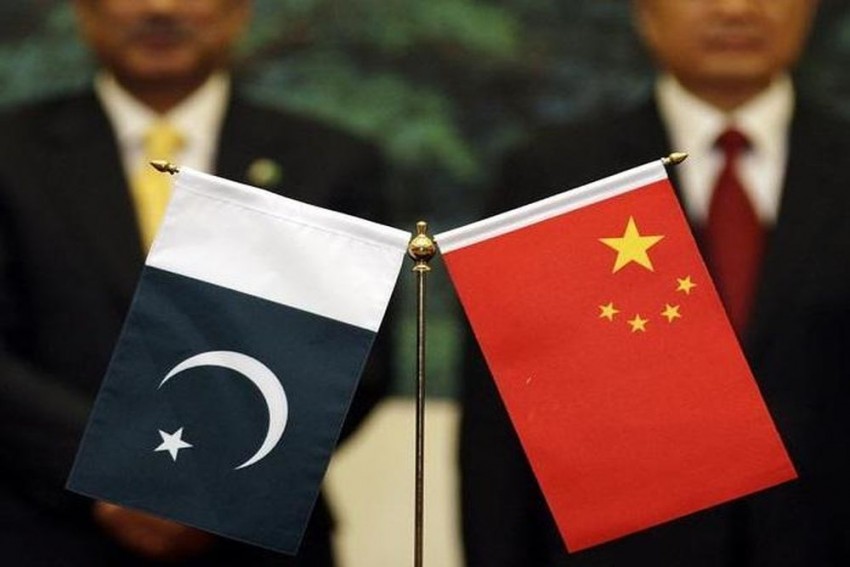 China has sought additional guarantees before sanctioning a USD 6-billion loan for the Main Line-1 (ML-1) railway line project in Pakistan, due to the country's weakening financial position, according to a media report on Wednesday.

China has also proposed a mix of commercial and concessional loans to fund the rail project, going against Islamabad's wishes of 'cheapest lending'.

A senior Pakistani official involved in the negotiations said China raised the additional guarantees issue during the meeting but did not make it part of the draft of minutes shared with Pakistan.

The draft minutes have not yet been signed by both countries.

The ML-1 project includes dualisation and upgrading of the 1,872-km railway track from Peshawar to Karachi and is a major milestone for the second phase of the China-Pakistan Economic Corridor (CPEC).

The official said China raised the additional guarantees issue to get clarity over Pakistan's financial condition after it applied for debt relief from the G-20 countries, which is only meant for the world's poorest nations.

The third round of financial negotiations gave further clarity on the Chinese position on USD6 billion lending for the USD6.8 billion strategically important ML-1 project of Pakistan Railways, sources in the Ministry of Economic Affairs said.

As part of debt relief from G-20 countries, Pakistan cannot secure expensive commercial loans, except those allowed under the International Monetary Fund and World Bank framework.

The Chinese authorities have proposed that "keeping in view the financial situation in Pakistan so also the conditions laid down by the G-20 regulations for debt suspension, the government of Pakistan may provide additional guarantee mechanism for the loan other than sovereign loan for the ML-1 project", according to officials privy to the negotiations.

It was surprising for us when China raised the issue of additional guarantees during the meeting, another senior Pakistani official who was part of the meeting said.

The ECNEC meeting had continued for hardly 20 minutes, leaving many critical issues about financing and technical details unresolved.

Both the sides have reached broad-based consensus on the technical parameters, including bidding documents, according to deliberations that took place in the joint bilateral third financial and seventh technical committee of ML-1 project.

But an early start of construction work on what the official described as “strategically important project” is unlikely after China linked the civil works with prior finalisation of financing mechanism of the single-largest project of the CPEC.

Unlike Pakistan's expectations of getting the USD 6 billion loan at 1 per cent interest rate, China has proposed a mix of commercial and concessional lending, the sources said.

China maintained that the lending will be both a combination of commercial and concessional loans, according to sources.

The Economic Affairs Ministry had proposed a 1 per cent rate while the Ministry of Railways was inclined to take the mix of commercial and concessional rate, subject to the condition that the average rate may remain lower than 2.38 per cent, sources said.

However, Pakistan was expecting that due to the strategic nature of the project, China would accept its request for 1 per cent interest rate and a grace period of 10 years for repayment of the loan.

China has offered to finance 85 per cent of the project cost with payback period of 15 years to 20 years in biannual tranches. Sources said the Chinese had offered a five years grace period.

Pakistan has asked for up to 90 per cent of financing and was ready to accept a 20 years repayment period, subject to the condition that the grace period should be 10 years.

“The Chinese side proposed that negotiations for financing must be only to the extent of package-1 consisting of USD 2.434 billion and the negotiation for remaining two packages will be undertaken during the implementation phase of package-I,” according to the official documents.

Pakistani authorities pressed for negotiation for the total project cost of the ML-1. China has also offered financing in Chinese currency Renminbi (RMB).

According to the ML-1 framework agreement, the project will be executed in the engineering, procurement and construction mode by Chinese contractors. Under the CPEC framework, ML-1 is the only strategic project being finalised as part of the initial USD46 billion deal.

Sources said that Pakistan’s desire to start work on the package-1 from January 2021 would remain unfulfilled due to delay in finalisation of financing details.

Pakistan had planned to complete the package-I from January 2021 to December 2024 and will cover the construction of a 527-km track between Peshawar, Rawalpindi and Lahore, according to the paper.

The CPEC is part of China's One Belt, One Road initiative, a global infrastructure development strategy to invest in nearly 70 countries and international organizations. India has expressed concern over the projects as a portion of the CPEC runs through Pakistan-occupied Kashmir, violating Indian sovereignty.