Netanyahu is charged with fraud, breach of trust and accepting bribes in a series of scandals in which he is alleged to have received lavish gifts from billionaire friends and exchanged regulatory favours with media moguls for more agreeable coverage of himself and his family. 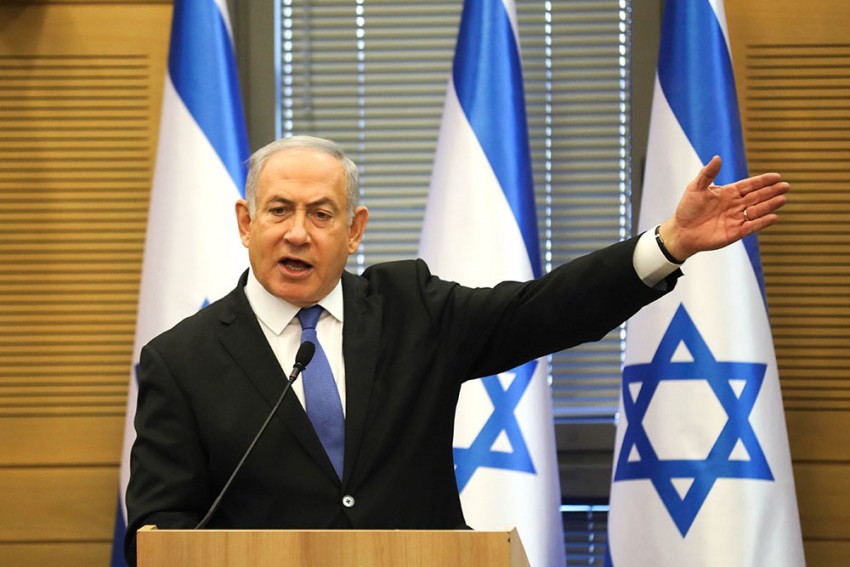 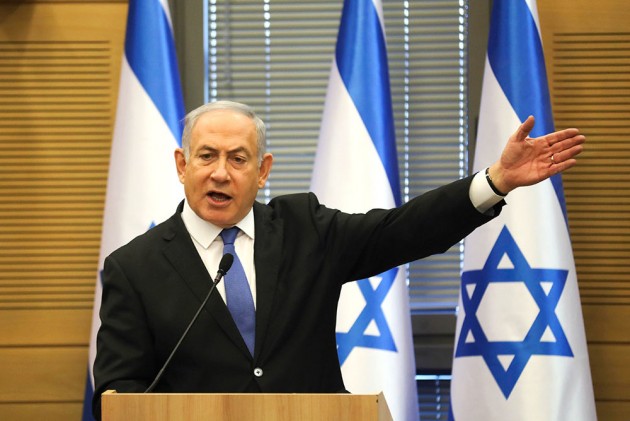 Netanyahu is charged with fraud, breach of trust and accepting bribes in a series of scandals in which he is alleged to have received lavish gifts from billionaire friends and exchanged regulatory favours with media moguls for more agreeable coverage of himself and his family.

The trial opened in May.

Just before appearing in front of the judges, Netanyahu took to a podium inside the courthouse and flanked by his party members bashed the country's legal institutions in an angry tirade.

Netanyahu was not expected to appear at Sunday's hearing, which is taking place at a Jerusalem court and is mostly a procedural deliberation that will determine the pace at which the trial will proceed.

The trial resumes as Netanyahu faces widespread anger over his government's handling of the coronavirus crisis.

While the country appeared to have tamped down a first wave of infections, what's emerged as a hasty and erratic reopening has sent infections soaring. Yet even amid the rise in new cases Netanyahu and his emergency government — formed with the goal of dealing with the crisis — appeared to neglect the numbers and moved forward with other policy priorities and its reopening plans.

It has since paused them and even reimposed restrictions, including a weekend only lockdown set to begin later this week.

Netanyahu and his government have been criticised for a baffling, halting response to the new wave, which has seen daily cases rise to nearly 2,000. It has been slammed for its handling of the economic fallout of the crisis.

While Israel has pledged billions of dollars worth of aid, it hasn't all been doled out to those in need, and a plan to give a stipend to all Israelis, even the wealthy, has been panned by the country's leading economists. The first and second round of restrictions has battered the economy and sent unemployment skyrocketing to more than 20%, up from 3.9% before the outbreak.

The anger has boiled over into protests over the past few weeks that have culminated in violent clashes with police.

The protests haven't been on a massive scale, partly due to restrictions on large gatherings, but the rising frustration appears to be among the greatest challenges Netanyahu has faced in his decade-plus in power.

His trial thus comes at inopportune timing. Netanyahu had hoped to ride on the goodwill he gained from overcoming the first wave of infections going into his corruption trial but the increasingly souring mood has dropped his approval ratings and may deny him the public backing he had hoped for.

Although his base remains firmly behind him, only a smattering of supporters turned up outside the court to voice their backing for the prime minister, far fewer than the throngs at the trial's opening.