The 2015 Paris agreement bound the US and 187 countries to keep a check on rising global temperatures. 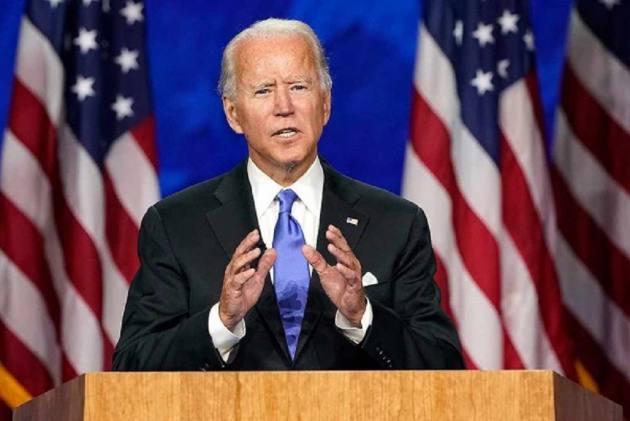 Democratic presidential candidate Joe Biden has pledged that his administration would rejoin the historic Paris Agreement on climate change.

Biden, 77, has not won the presidential elections yet, but is inching closer to be declared the winner by garnering 253 electoral votes out of the required 270. His Republican rival and incumbent US President Donald Trump has got 213 electoral votes, according to latest projections released by the US media.

On November 4, the US formally withdrew from the 2015 Paris Agreement on Climate Change, a decision originally announced three years ago.

“Today, the Trump Administration officially left the Paris Climate Agreement. And in exactly 77 days, a Biden Administration will rejoin it,” Biden tweeted on Wednesday night, reflecting his decision to reverse one of the key policies of the Trump administration on day one.

The Paris accord committed the US and 187 other countries to keep rising global temperatures below 2C above pre-industrial levels and attempting to limit them even more, to a 1.5C rise.

Trump argues that the agreement is disadvantageous for the US, while it gives benefits to countries like China, Russia and India. According to him, it could be economically detrimental and cost 2.5 million Americans their jobs by 2025.

The decision by the US -- one of the world's biggest emitters of greenhouse gases -- to quit the agreement has led to condemnation from environmentalists and expressions of regret from world leaders.

The US is the second leading producer of all carbon dioxide emissions globally, behind China.

President Trump originally announced his intention to withdraw from the agreement in 2017 and formally notified the United Nations last year. The US exited the pact after a mandatory year-long waiting period that ended on Wednesday.

The US is the only country to withdraw from the global pact. It can still attend negotiations and give opinions, but is relegated to “observer status”.

Trump had stated that he intended to renegotiate the details of the US's membership within the Paris Agreement that can better protect US workers in industries like coal, paper, and steel.