Biden Moves To Address Delays In Green Card Processing, Thousands Of Indians To Benefit In US 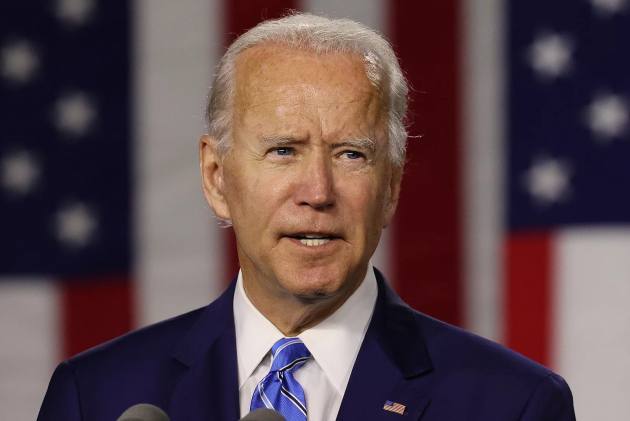 US President Joe Biden expressed his will to address  the issue of inordinate delays in the processing system of the Green Card, the White House has said.

Biden's this move is likely to benefit many Indians working in America on the H-1B visa.

Indian IT professionals, most of whom are highly skilled and come to the US mainly on the H-1B work visas, are the worst sufferers of the current immigration system which imposes a seven per cent per country quota on allotment of the coveted Green Card or permanent legal residency.

She was responding to a question on the wastage of some 80,000 unused employment-based Green Card numbers, which is officially lled Legal Permanent Residency on October 1, as the US Citizenship and Immigration Services (USCIS) is unable to allocate them to several million people waiting in line for a Green Card.

The inordinate delay in the Green Card process of hundreds and thousands of talented Indian technology professionals, at times running into several decades, is one of the major issues of concern among the Indian-Americans and their dependent children living here.

The H-1B visa, the most sought after among Indian IT professionals, is a non-immigrant visa that allows US companies to employ foreign workers in speciality occupations that require theoretical or technical expertise. Technology companies depend on it to hire tens of thousands of employees each year from countries like India and China.

Indian technology professionals had urged the Biden administration and the US Congress to make necessary legislative changes to not let those Green Card slots expire.

Earlier this week, Congresswoman Mariannette Miller-Meeks introduced the Preserving Employment Visas Act that would allow the USCIS to preserve unused employment-based visas for use in Fiscal Years 2020 and 2021. The legislation is the House companion to S. 2828, introduced by Senator Thom Tillis in September.

"Ensuring that our immigration system is fair and orderly is one of my top priorities in Congress. These visas are already authorised by Congress and would have been used if not for the COVID-19 pandemic," said Miller-Meeks.

"My legislation would fuel the American recovery from COVID-19, contribute to long-term economic growth, and provide relief for healthcare providers by reducing the Green Card backlog," she said.

In fiscal 2020; a total of 122,000 family-preference visas went unused. This caused the number of employment-based visas available in FY21 to rise to 226,000. This dramatic increase in employment-based visas represents a unique opportunity to reduce the Green Card backlog and improve American competitiveness through legal immigration.

Wasting these visas would be a major loss to American economic competitiveness and to the healthcare industry. American businesses and healthcare providers were already struggling to fill both skilled and unskilled jobs before COVID-19 and continue to face labour shortages during recovery from the pandemic, said the Congresswoman.