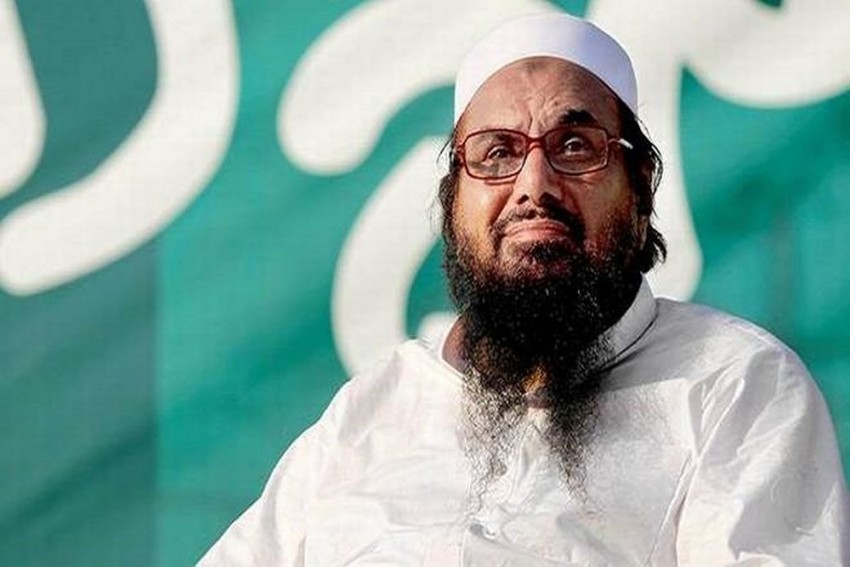 Within hours after a car bomb exploded outside the house of the 2008 Mumbai terror attack mastermind and chief of the banned Jamat-ud-Dawa (JuD) Hafiz Saeed, the Pakistan police on Thursday conducted raids across different cities of the Punjab province and took into custody several suspects in connection with the case.

Three people were killed and 21 others were injured in the blast that took place at a police picket outside Saeed's residence at the BOR Society in Johar Town at around 11:00 am on Wednesday. Some police officers guarding his house also suffered serious injuries. The windows and walls of Saeed's house were damaged from the impact of the blast.

According to a Geo TV report, the Counter-Terrorism Department (CTD) of the Punjab Police on Thursday conducted raids across different cities of Punjab in connection with the blast.

CTD and intelligence agencies have collected the evidence from the crime scene, the sources said, adding that ball bearings, pieces of iron and the vehicle's parts have been preserved.

Investigative agencies have also started geo-fencing the area to help with the blast probe, the report said.

In geo-fencing, a virtual geographic boundary around an area is created by means of Global Positioning System (GPS) or Radio Frequency Identification (RFID) technology, enabling software to trigger a response when a mobile device enters or leaves the area.

The 71-year-old radical cleric has been serving a jail sentence at the high-security Kot Lakhpat Jail in Lahore for his conviction in terror financing cases.

The blast sparked rumours that Saeed was present in the house.

Meanwhile, condemning the terrorist incident, Pakistan Peoples Party (PPP) Chairman Bilawal Bhutto Zardari has warned that Pakistan could see an increase in such attacks due to the “flawed Afghan policy” of the current government led by Prime Minister Imran Khan.

Addressing the media at the Parliament House in Islamabad on Wednesday, Bilawal said such incidents could increase as Pakistan’s policy in Afghan peace process “is not correct” and added that some terrorist organisations are also active across the border, the Express Tribune newspaper reported.

“I had demanded on the floor of the (National) Assembly that whatever this government is doing covertly and through the backdoor should be brought before the representatives of the people. The government should tell us what its policy is,” he said, referring to Pakistan’s role in brokering the peace deal between Afghan Taliban and the United States.

Saeed, a UN designated terrorist whom the US has placed a USD 10 million bounty on, has been convicted for 36 years imprisonment in five terror financing cases. His punishment is running concurrently.

Saeed-led JuD is the front organisation for the Lashkar-e-Taiba (LeT) which is responsible for carrying out the 2008 Mumbai attack that killed 166 people, including six Americans.

The global terror financing watchdog Financial Action Task Force (FATF) is instrumental in pushing Pakistan to take measures against terrorists roaming freely in Pakistan and using its territory to carry out attacks in India.