The 'Stena Impero'-a British-flagged tanker- was seized by the Iranian Revolutionary Guard on Friday in a key shipping route in the Gulf. 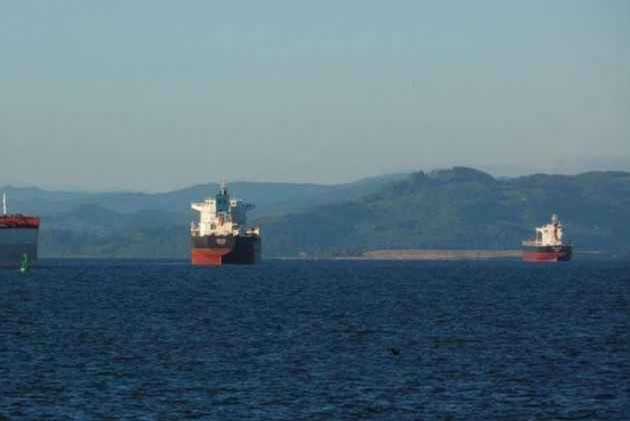 British Foreign Secretary Jeremy Hunt has urged Iran to reverse what it has termed as "illegal" seizure of a British-flagged tanker in the Gulf.

Hunt said on Saturday that the incident "raises very serious questions" about the security of British and international shipping in the Strait of Hormuz, the BBC reported.

It comes as Iran released new footage of the capture on Friday of the Stena Impero.

Speaking after a phone call with his Iranian counterpart, Hunt said Iran viewed this as a "tit-for-tat situation" following the detention of an Iranian tanker in Gibraltar.

But he said, "nothing could be further from the truth".

The Stena Impero's owners said they wanted access at the port of Bandar Abbas to the 23 crew members, who they said are in good health.

The Stena Impero was seized by the Iranian Revolutionary Guard on Friday in a key shipping route in the Gulf.

Footage emerged on Saturday appearing to show the moment the tanker was raided. It was released by Iran's Revolutionary Guard-affiliated Fars news agency.

It shows masked forces dropping down ropes onto the ship from a helicopter after it was surrounded by high-speed vessels.

A Royal Navy frigate, HMS Montrose, was alerted and raced to intervene, as it did successfully - with another British-flagged tanker just over a week ago.

But this time it was too far away to stop the Stena Impero being seized - the tanker was already in Iranian waters.

Iran's state-run IRNA news agency said the tanker was captured after it collided with a fishing boat and failed to respond to calls from the smaller craft.

But Hunt said it was seized in Omani waters in "clear contravention of international law" and then forced to sail into Iran.

The Stena Impero's Swedish owners, Stena Bulk, said it had been fully complying with regulations and had been in international waters at the time.

It said the crew members, who are Indian, Russian, Latvian and Filipino, were in good health.

This incident comes soon after Royal Marines helped seize Iranian tanker Grace 1 off Gibraltar earlier this month, because of evidence it was carrying oil to Syria in breach of EU sanctions.

Iran described the incident as "piracy" but Hunt said the Grace 1 was detained legally in Gibraltarian waters "totally within the law".