Claudia Webbe, member of the Labour Party, has been extremely vocal about the ongoing farmers' protest, including demanding the release of arrested activists 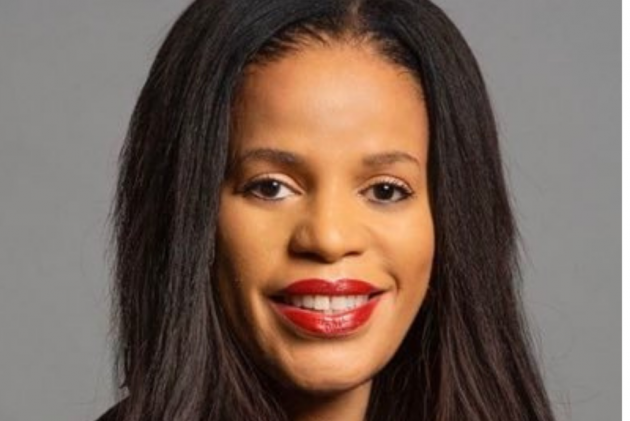 The British member of the parliament who has been vocal over the issue of farmer protests in India and related arrests of activists has been issued an open letter by the Indian High Commission in London.

Representing a significant British Indian constituency in eastern England Leicester East, Claudia Webbe is the member of Parliament from the opposition Labour Party.

She had endorsed an e-petition calling for a UK government statement over the protests in India after it crossed the 100,000 signatures threshold to be considered for a debate in the Westminster Hall of the House of Commons. Most recently, she used her social media to demand the release of activists arrested in India in the “toolkit” case.

Climate activist Disha Ravi was arrested from Bengaluru on Saturday and sent to police remand for five days by a Delhi court with officials claiming she was an editor of the "toolkit Google doc" and "key conspirator" in its formulation and dissemination.

Non-bailable warrants were also issued against lawyer Nikita Jacob and engineer Shantanu for creating a protest toolkit along with Ravi backing the farmers’ agitation with the aim of “tarnishing the image of India” and collaborating with pro-Khalistani elements.

The Indian mission responded with an open letter on Monday evening, inviting her to convey any apprehensions on behalf of the British citizens of her constituency to the High Commission directly.

“We would have been able to comprehensively and in detail provide clarifications to assuage the concerns of your constituents with regard to the recent path-breaking Indian Farm Laws against which a small section of India’s farming community has been protesting,” reads the letter.

“It is emphasised that the reforms, intended to protect and empower farmers in India are based on inputs from experts and recommendations by Committees that have analysed the specific challenges of the agricultural sector in India over the last 20 years.

"The Farm Acts were duly discussed and debated in the Parliament of India and their benefits have started reaching more than 100 million small farmers instantly. Since the enactment of these reforms, discussions have been held with farmers and other stakeholders on their efficient implementation,” it adds.

The letter states that the detailed information is being shared with her to dispel any misgivings with regard to the objectives of the reforms, the ability of those having reservations to protest peacefully and the willingness of the government of India to address all concerns in a manner most acceptable to the protesting farmers’ unions.

“The efforts continue – but the government of India is more than aware of efforts by vested interests abroad to fuel the protests through misinformation and incendiary assertions that are not helpful in progressing the dialogue between the protesters and government or addressing the issues through the democratic processes that our people have traditionally relied on,” it notes.

“High Commission of India would, therefore, reiterate its offer that your constituents – British citizens having family ties or business linkages with the agricultural sector in India – would be most welcome to address their concerns to the High Commission of India through their representatives, after duly studying the clarifications issued by our mission on our website and through social media,” it adds.

The letter reiterates that farmers participating in the protest rallies have been treated with “utmost respect and restraint” by the government and security forces – “more than may have been the case in similar situations elsewhere in the world”.

The letter is also appended with a factsheet laying out further details and the consultations and multiple rounds of talks held in relation to the new agricultural reforms.

Thousands of farmers, mainly from Punjab and Haryana, have been camping at several Delhi border points since November last year, demanding the government to repeal three farm laws and provide them with a legal guarantee of minimum support price (MSP) for their crops.

Multiple rounds of talks between the government and farmer unions have not been able to resolve the deadlock.

India has emphasised that the protests by farmers must be seen in the context of India's democratic ethos and polity and the Ministry of External Affairs said that some vested interest groups have tried to mobilise international support against the country.