Htar Htet Htet, an actress and gymnast, posted a picture of herself online carrying a gun. 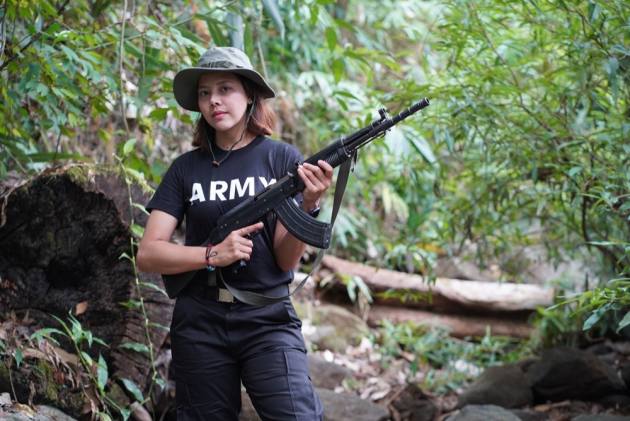 Former beauty queen Htar Htet Htet turned rebel and has vowed to bring down the military junta in Myanmar.

32-year-old Htet is one of the many young people in Myanmar who have decided to take a military training to topple down the military junta that took over the elected government three months ago.

Htet, an actress and gymnast, posted a picture of herself online carrying a gun.

“The time has come to fight back. Whether you hold a weapon, pen, keyboard or donate money to the pro-democracy movement, everyone must do their bit for the revolution to succeed,” she wrote on her Facebook page.

“I will fight back as much as I can. I am ready and prepared to give up everything. I am even ready to pay with my life,” she wrote.

Many angry youngsters in Myanmar have taken up training in weapons use and guerilla tactics.

“The revolution is not an apple that falls when it is ripe. You have to make it fall. (Che Guevara) We must Win,” Htar Htet Htet tweeted.

The revolution is not an apple that falls when it is ripe. You have to make it fall. (Che Guevara)
We must Win ðªðªðª pic.twitter.com/iHEDhF314p

Nearly 800 people have lost their lives in Myanmar since February 1, when the Country’s military staged a coup.