Cathay has said the aircraft was an Airbus A330 and that the emergency was caused by a 'technical failure on one of the engines'. 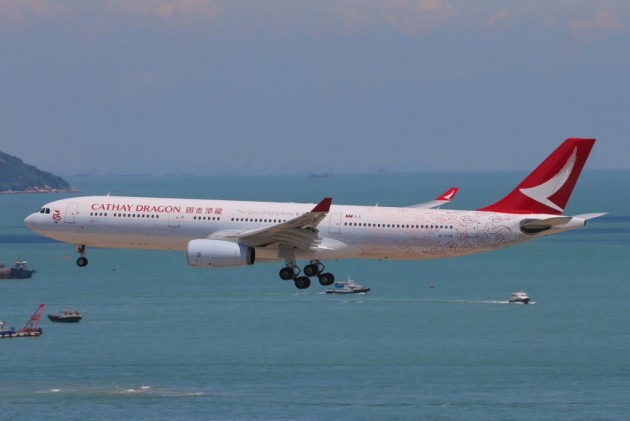 A Cathay Dragon flight from Taiwan to Hong Kong made an emergency landing on Monday at the city it departed from after experiencing a "technical issue" shortly after take-off, the carrier said.

Cathay Pacific, the parent company of Cathay Dragon, said flight KA451 from Kaohsiung to Hong Kong made an "air return" and landed safely back at the southern Taiwanese city.

An official with Taiwan's Civil Aeronautics Administration (CAA) told AFP the emergency was caused by a "technical failure on one of the engines" and denied Taiwanese media reports that the plane had hit a bird.

The official, who declined to be named because he was not authorised to speak with media, added an investigation was now under way.

The Apple Daily newspaper cited local aviation officials as saying the plane's right engine emitted smoke during take-off and that local residents nearby said they had heard an explosive sound.

Cathay said the aircraft was an Airbus A330 and said arrangements were being made to get passengers on new flights.