Advertisement
Home International
To The Point

Though the myriad groups claim to speak for their people, the Palestinians have not really found their voice. Nor is anyone actually willing to listen to them. 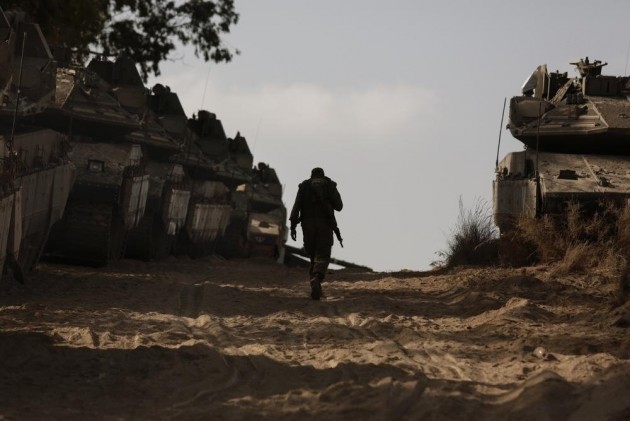 It is something like this: I forcibly occupy your house and when you come to reclaim it, I attack you with my full might claiming I have the right to defend myself. The sequence, though a bit simplistic to explain a complicated conflict, is perhaps still the best to summarise what has been playing out between the Israelis and Palestinians in West Asia over generations.

The latest bloodbath that hopefully has ended with a ceasefire between the two sides is no different. The Israelis, clearly the occupying force in West Bank and enjoying a stranglehold over the Palestinian territory of Gaza, needled the Arabs of East Jerusalem by seeking to rob them of their homes. That the Israelis have been swallowing up Palestinian land, home by home, neighbourhood by neighbourhood, has always been a lightning rod. Tensions rose with Israeli nationalists taking out provocative rallies and fanning the flames. Israeli troops stormed the Al Aqsa mosque—the third holiest shrine in Islam—inflaming Arabs even in Gaza. Palestinian hot-heads commandeered by the Hamas militia launched rocket attacks on Israel, prompting the Israelis to respond with all their technological edge like the Irondome defence system and appetite for brutality under their command. Hundreds of airstrikes targeted Gaza with the aim of pulverising Palestinians into silence, leaving a trail of death—including children—and destruction.

As always, the score card remains lopsided, underscoring the unequal contest between the two sides for decades—a conflict that refuses to die. The Palestinians lost more than 265 people, including more than 60 children in the Israeli blitzkrieg. About a dozen Israelis were killed in the barrage of rockets Hamas fired. But as a ceasefire comes into effect, neither side can claim victory. The trademark Hamas threat of opening the gates to hell and the outmoded rockets they fired will not force the Israelis to mend their ways. And despite having pummeled the Palestinians in Gaza, the Israelis cannot hope to have quelled Palestinian resistance once for all.

Israel, Hamas Agree To Ceasefire After 11 Days Of Destruction

The reason for the stalemate is historical—positioned in the analogy of I occupying your house and then refusing to vacate it. Faced with persecution, the Jews dispersed across the world desired a homeland of their own. The chance came some 100 years ago when the British in the wake of the collapse of the Ottoman Empire promised them land in Palestine. The promise was finally acted upon in the late 1940s. Jews came to occupy Palestine, forcing millions of Palestinians to flee. Those who stayed behind came to be virtually left at the mercy of the Israelis. West Bank is under military occupation allowing Palestinians very little freedom. It’s worse in Gaza. Though not technically under occupation, Israel has kept it under siege, reducing the narrow strip packed with some two million Palestinians into a cage, a virtual prison. None can go in or go out of the territory without Israeli permission. No free trade and commerce is possible without prior Israeli permission, and there is a naval blockade in force along the Mediterranean coast.

Despite having immeasurably suffered at the hands of an irrational Palestinian boss during my earlier stint in the region, I empathise with the Palestinians, perhaps a tad more than I do with the Israelis, who surely have the right to live in peace. The Israelis have flourished since their nation came into being. In contrast, the Palestinians have floundered without much of a future. Having made way for the Israelis, they live pitiable lives—both in Gaza and the West Bank. Reduced to the status of refugees surviving on international aid and handouts, they have long ceased to be the masters of their own destiny.

The Palestinian plight can to a large extent be attributed to their leadership, or the absence of it. The leadership failed its people when global powers plotted with Israel’s founding fathers to give them a homeland at the cost of Palestinians. While the plans were being put in place, the then Palestinian leaders were busy outsmarting each other, till they found that the Israelis have totally outsmarted them. The current leadership is no better. The West Bank houses the old and tottering 85-year old Palestinian president Mahmoud Abbas whose four-year term as the elected leader expired way back in 2009. Yet, he is still the president while Palestinians in Gaza have disassociated from him and his Fatah group. Gaza is controlled by Hamas, the rival Palestinian group known for human rights abuses in the territory it controls. Besides, there are smaller but lethal armed groups that profess to fight for the Palestinian cause.

Though the myriad groups claim to speak for their people, the Palestinians have not really found their voice. Nor is anyone actually willing to listen to them. Having provided lip-service to the Palestinian cause for decades, Arab nations have now quietly made peace with Tel Aviv. Israel also shows no signs of slowing down on its acquisition of Palestinian land. More Palestinian homes are being pulled down to make way for Israeli settlements in the West Bank, while the siege they have imposed on Gaza is unrelenting and surely suffocating.

The Palestinians can do little but to resort to bluster in the face of such Israeli oppression. They are frustrated and angry and threaten to avenge their misfortune despite being no match to Israel’s military might. And whenever they do as they did this time, the Israelis come after them, flattening Gaza with incessant air raids—knocking out both human life and infrastructure with impunity. So, nothing changes with this ceasefire, but for giving world diplomacy a face-saver. Ground realities remain the same in the contested land and it is a matter of time before another spark is lit and Gaza comes under attack again. The same routine will follow thereafter: talks of peace, a ceasefire, a temporary quiet, and then a fresh flare-up. The Israeli-Palestinian cycle of violence is far from broken.