Professor and Pulitzer-winning LA Times editor Michael Parks was known for actually caring for stories, and encouraging students to leap into the unknown. The prolific journalist passed on January 8. 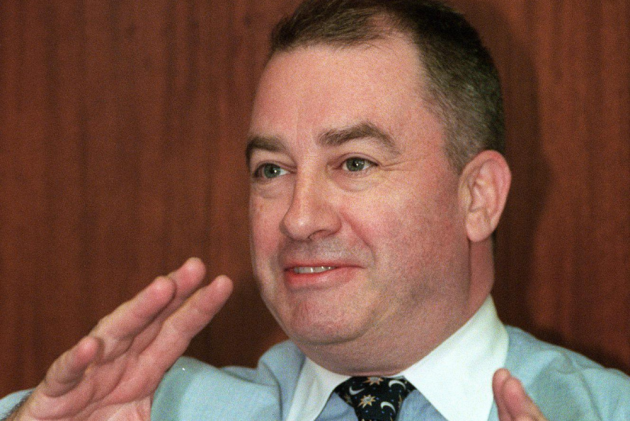 “Priya, write to me from Timbuktu if you’re there next!” Professor Parks said as we waved each other goodbye after a sumptuous lunch at the University of Southern California campus in Los Angeles.

The warmth Parks extended to many of his students often transcended the classroom.
We were meeting for lunch after two years at the Amy King Dundon-Berchtold University Club of USC where Parks was an esteemed member. Over a delicious meal of grilled salmon on a bed of roasted peppers and romaine, we reminisced over my student days at USC. We also raised a toast to my new fellowship—I’d be reporting on spiritually gifted people impacting communities around the world. The Me Too movement had swept America and the ripples were being felt across the world. It spilt into our languorous afternoon chat when Parks spoke enthusiastically about how he was “getting students to engage with it.”

Students enlivened Parks. He extended his care to those from racially varied communities; his thrust—a multi-cultural approach to diversify the classroom. Students, in turn, drew on his compassion, keen ear, and a brilliant hold on world affairs.

It was no different for us, specialized journalism students of the 2016 batch at USC, with Parks at the helm of affairs. He taught us reporting and writing.

I remember his brilliant class on reporting decisions for journalists, where we discussed media coverage of campaigns, sexual abuse in the Catholic Church, Michael Jackson’s death and Edward Snowden. Parks helped us critically analyze these reports, find loopholes in them, and dissect decisions taken in newsrooms. “Who was in the room when the decision was made?” was his favourite query.

Parks was delighted when I told him I’d be working on homeless sex offenders in California and travelling across the state to interview them. He was equally excited about a story on women who beat up abusive men. Globalization. Religion. Entertainment. “Find me a good story,” he always said. But he cared equally for the classical rules of journalism: nuts-and-bolts reporting, verifying through multiple sources, deadlines.

Parks took great interest in the practical pressures faced by students in an intensive course. He counselled them; helped them spot opportunity in crisis; and gave helpful financial advice. He wanted to pool the most talented and diverse and knocked on several doors to make it happen.
He brought with him the expertise gained through reporting from 110 countries and territories. For 25 years, Parks served as a foreign correspondent for the Baltimore Sun, and then Bureau Chief for the LA Times. He covered the Vietnam War as a Saigon correspondent. In 1987, he was awarded the Pulitzer Prize for International Reporting for his coverage of the struggle against apartheid in South Africa and was a finalist for the Pulitzer Prize for the Times coverage of the Soviet Union’s fall in 1991. At USC, he taught graduate students from 2000 until his retirement in 2020.

During our parlour-style classes at USC on Tuesdays, we discussed journalism in the Trump-era. “Could solutions-based stories work in the time of fake news and media crackdowns?” we debated. Trump had ascended in 2016, and blue California was hot and churning. Our parlour classes with Parks gave us room to debate, even vent. There was always food in the mix—pizza and other delicacies.

Even before I joined USC, Parks sent me multiple readings, multimedia resources and course options to help me decide and prepare me for an intensive academic year. At USC, he was my constant mentor, counsellor and friend. I felt free to arrange spot meetings with him or discuss my anxieties.

After I graduated in 2017 and came back to India to pursue religion journalism, we kept in touch throughout. Emails, readings and familiar notes kept our connection sparklingly alive.

When the news of Parks’ death on January 8 came to me through a close friend, I felt his vacuum hit a different note. At dinner, I raised a toast to celebrate his momentous life, a life that deepened my commitment to journalism. You’ll be sorely missed, Professor Parks. See you in Timbuktu.