On Thursday, Austin told members of the Senate Appropriations Committee during a hearing on 2022 Budget Request for the Defense Department that China was his “priority focus”. 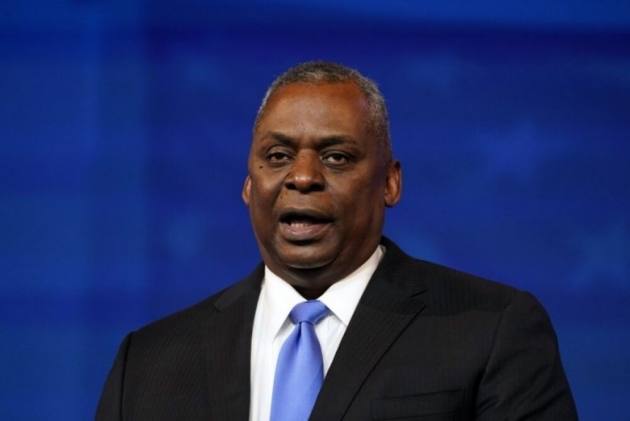 China is a "pacing challenge" for America, Defence Secretary Lloyd Austin has said, asserting that it is "really important" for the US to focus more on creating opportunities to better partner with its allies and partners in the strategically vital Indo-Pacific region.

Austin told members of the Senate Appropriations Committee during a hearing on 2022 Budget Request for the Defense Department on Thursday that China was his “priority focus”.

“China is, in fact, our pacing challenge and it is my priority focus. You've seen that through quite frankly our actions. My first overseas trip along with Secretary Blinken was over to the Indo-Pacific region,” he said.

“You saw me stand up a China task force that has helped to focus the efforts of the department on making sure that we are doing the right things to create the capabilities and develop the operational concepts that we need to be successful. You've seen that through quite frankly our actions,” he said.

He was responding to questions about the challenges being posed by China to the US national security.

Austin said China taskforce completed its work last week and he issued an internal directive, kicking off wide efforts that will, among other things, help bolster deterrence against Beijing and revitalise network of regional allies and partners and accelerate the development of cutting-edge capabilities and new operational concepts.

“My first trip overseas - was out to the region, the Indo-Pacific region where I met with our allies in Japan and South Korea and further traveled to India to meet with our partner there and just as recent as two nights ago, I was in a conference with ASEAN nations and exchanging ideas about how we could better work together,” he said.

Austin visited India and met Prime Minister Narendra Modi at the start of his three-day visit to the country in March.

“What I've done with the China taskforce is focused our efforts a bit more that in a way will create opportunities for us to better partner with allies and partners in the region, because I think that's really important,” he said.

The Chinese military has been flexing its muscles in the strategically vital Indo-Pacific region and is also engaged in hotly contested territorial disputes in both the South China Sea and the East China Sea.

“China and Russia are formidable adversaries and China Mr Secretary has proven to be a true pacing threat. China seeks hegemony militarily, technologically, economically, and geopolitically and is making unprecedented investments to see that to fruition,” Senator Richard Shelby said.

“Meanwhile, Russia is nearing the end of a massive military modernisation program that saw its defense spending increased 30 per cent in real dollars over the last 10 years,” he said, adding that competition with China requires a whole of government investment.