Fu Cong, a Foreign Ministry director general, said at a briefing for foreign journalists on Wednesday that “scapegoating China cannot whitewash the US.” 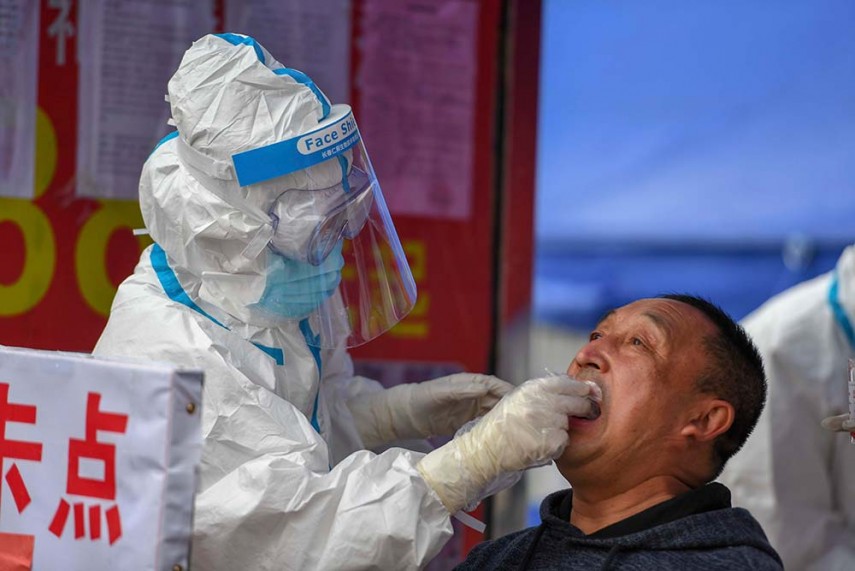 China has gone on the offensive ahead of the release of a US intelligence report on the origins of the coronavirus, bringing out a senior official to accuse the US of politicising the issue by seeking to blame China.

Fu Cong, a Foreign Ministry director general, said at a briefing for foreign journalists on Wednesday that “scapegoating China cannot whitewash the US.”

“If they want to baselessly accuse China, they better be prepared to accept the counterattack from China,” he said.

China, the US and the World Health Organisation are entangled in a feud that centres on whether the virus that causes COVID-19 could have leaked from a lab in the city of Wuhan, where the disease was first detected in late 2019.

A joint WHO-China report published in late March concluded that a lab leak was “extremely unlikely”, and China wants the investigation to move on to other possibilities. The most likely scenario, the report said, is that the virus jumped from bats to another animal that then infected humans.

But the findings are not conclusive, and WHO Director-General Tedros Adhanom Ghebreyesus said “all hypotheses are on the table and warrant complete and further studies”. He added in July that there had been a “premature push” to rule out the lab leak theory.

In May, President Joe Biden ordered a 90-day review by intelligence agencies of both theories. White House Press Secretary Jen Psaki said Biden received the report and a classified briefing about it on Tuesday, and that an unclassified summary is being prepared “expeditiously” for public release.

The feud over whether to keep pursuing the lab leak theory has delayed the next phase of research, and the scientists who made up the WHO team for the joint report warned Wednesday that the window of opportunity for solving the mystery is “closing fast”.

China has responded to continuing speculation about a leak from the Wuhan Institute of Virology by suggesting the virus could have escaped from Fort Detrick, a US military lab in Maryland.

Fu, who heads the Foreign Ministry's Arms Control Department, denied that China is engaging in a disinformation campaign.

He said if other parties insist on pursuing the lab leak theory, then the WHO team of researchers should visit Fort Detrick. He portrayed it as a fairness issue, since the WHO has been to the Wuhan institute twice.

“If Dr Tedros believes that we should not rule out the hypothesis of a lab leak, well, he knows where to go,” Fu said. “He needs to go to the US labs.”

China notes that the Fort Detrick's infectious disease institute has studied coronaviruses and that it was closed for several months in 2019-20 for safety violations.