Lt Gen Wang Haijiang previously served in Tibet, which also hosts large numbers of troops to suppress anti-government sentiment among the native Tibetan population and guard the disputed border with India, where the two nations had a deadly clash last year. 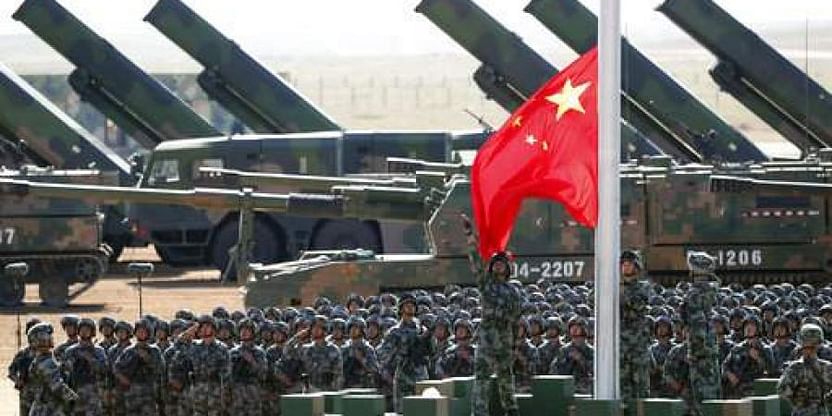 China has appointed a new military commander in restive Xinjiang where authorities have locked up more than a million members of Muslim minorities in what they call a bid to curb terrorism and radicalism.

Lt Gen Wang Haijiang will oversee a massive military presence in the sprawling northwestern region that borders on several unstable Central Asian states, along with Pakistan and Afghanistan, from which US troops are withdrawing.

Like Xinjiang's hardline Communist Party chief Chen Quanguo, Wang previously served in Tibet, which also hosts large numbers of troops to suppress anti-government sentiment among the native Tibetan population and guard the disputed border with India, where the two nations had a deadly clash last year.

Wang's unannounced appointment was revealed on the Xinjiang Military District's social media feed showing him presiding at a retirement ceremony for senior officers on Wednesday.

Wang saw combat during a border war with Vietnam in the early 1980s and served in an elite People's Liberation Army unit, according to state media reports.

The US withdrawal from Afghanistan is a particular concern for Beijing, which fears a resurgence of militant Islam along its border.

Chinese Foreign Minister Wang Yi last week hosted a delegation from the Taliban, which has been making rapid territorial gains in Afghanistan and is currently engaged in battles for major cities.

Wang told the officials that China hopes the Taliban will focus on peace talks and work for unity among all factions and ethnic groups.

He also said China hopes the Taliban will “deal resolutely” with the East Turkistan Islamic Movement, a group China claims is leading a push for independence in Xinjiang.

Unconfirmed reports say several hundred fighters allied with the ETIM are present in northeastern Afghanistan, although many experts doubt the group even exists in any operational form.