China's Chang'e-5 probe landed on the moon on November 24, to collect subsurface samples. 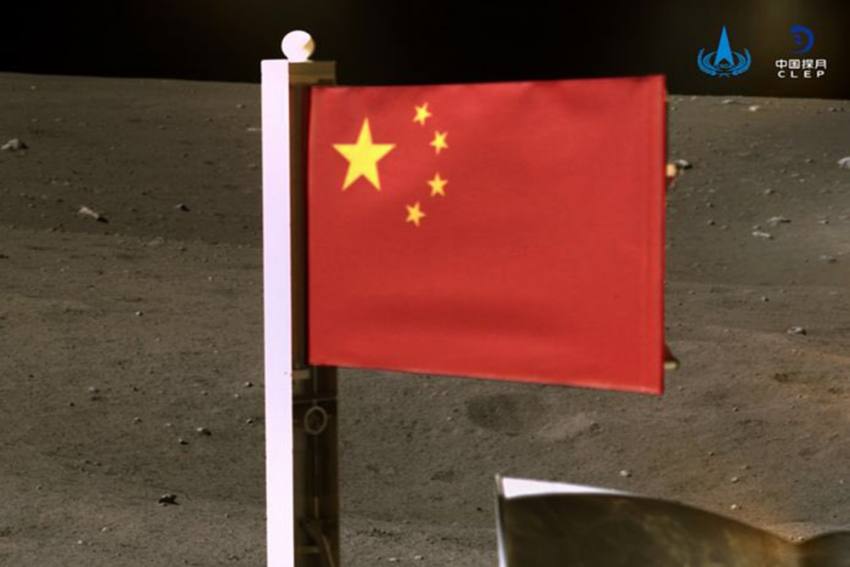 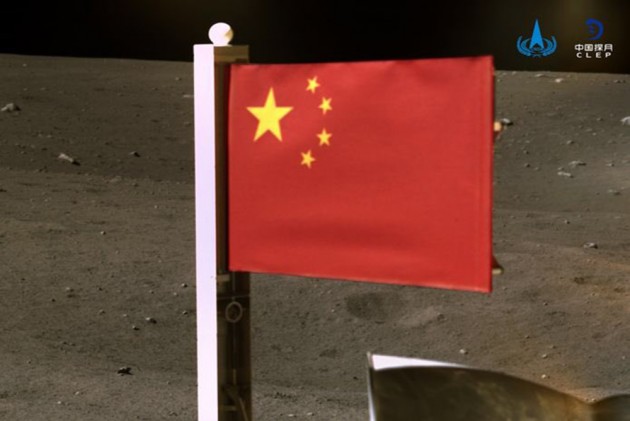 A Chinese spacecraft carrying the country's first lunar samples has embarked on its return journey from the moon, according to the country's space authority. Before the take-off, a Chinese national flag was planted by the spacecraft on the moon’s surface, Chinese officials said. China is the second country to plant its flag on the lunar surface. The Unites States was the first country to do so, 50 years ago.

China's Chang'e-5 probe, comprising an orbiter, a lander, an ascender, and a returner, was launched on November 24, and its lander-ascender combination touched down on the north of the Mons Rumker region in Oceanus Procellarum, also known as the Ocean of Storms, on the near side of the moon on December 1.

After the samples were collected and sealed, the Chang'e-5 ascender took off from the lunar surface on Thursday at 11:10 pm (Beijing Time), state-run Xinhua news agency reported, quoting an announcement from the China National Space Administration. Chang’e-5 is the first-ever Chinese spacecraft to take off from an extra-terrestrial body.

An engine, after working for about six minutes, pushed the ascender to present lunar orbit, said Xing Zhuoyi, a designer of the Chang'e-5 probe from the China Academy of Space Technology (CAST).

Different from the ground take-off, the ascender could not rely on a launch tower system. The lander acted as a temporary "launching pad," which had touched down on the lunar surface in a stable manner, Xing said.

The Chinese spacecraft adopted two methods of moon sampling, including using drills to collect subsurface samples and grabbing samples on the surface with a robotic arm. It reportedly gathered diverse samples at different sites.

The ascender is expected to complete the unmanned rendezvous after docking with the orbiter-returner in lunar orbit post which the samples will be transferred to the returner, a report stated.

When the geometric relationship between Earth and the moon is suitable, the orbiter will carry the returner back to Earth. This is the first effort to bring samples from the moon in over 40 years.

Earlier, the United States sent astronauts to the moon to collect samples. In the Soviet Union's unmanned lunar sampling missions, the spacecraft took off from the moon and returned to Earth directly.

The soils obtained from the Moon by the Chinese spacecraft are expected to provide information about its geological evolution and offer insights into solar activities in the universe, according to the mission team.