Hubei reported 1,807 new confirmed cases, taking the total number of such cases to 59,989 in the province 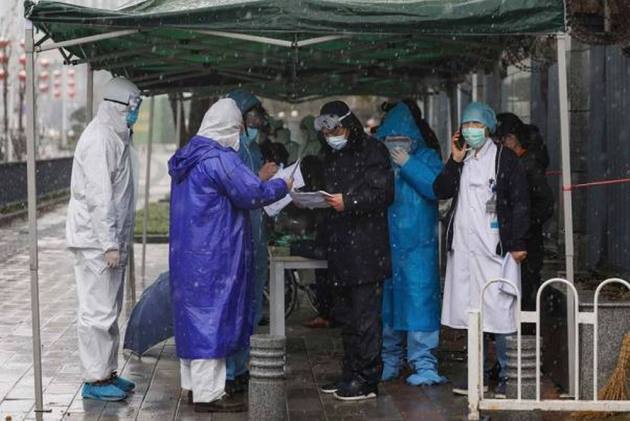 The death toll from China's coronavirus epidemic climbed to 1,868 on Tuesday as 98 more people died while the total number of confirmed cases jumped to 72,436, officials said.

Of the new deaths, 93 were reported from Hubei Province, the epicentre of the virus, three from Henan, and one each from Hebei and Hunan, said the National Health Commission.

Hubei reported 1,807 new confirmed cases, taking the total number of such cases to 59,989 in the province. Another 1,432 new suspected cases were reported from the rest of China.

Of the 41,957 patients hospitalised in Hubei, 9,117 were still in severe condition and another 1,853 in critical condition, the state-run Xinhua news agency reported.

In view of human-to-human transmission of the disease, over 1.41 lakh people who have come in contact with the people who contracted the virus are still under medical observation, it said.

Top World Health Organisation experts, including from the US, have joined the fight against the the virus, called COVID-19, in China.

China confirmed that the 12-member WHO team includes Americans, as sought by the US.

"The foreign experts on board the China-WHO Joint Mission have arrived in Beijing. They have started relevant activities. We have experts from the US in the mission," Chinese Foreign Ministry spokesman Geng Shuang told media.

NHC said China has stepped up efforts to shore up weak spots as the epidemic prevention and control have entered the most crucial stage.

Nine temporary hospitals with more than 6,960 beds have opened in Hubei.

As of February 14, a total of 217 medical teams with 25,633 medical workers had been sent to Hubei, the Xinhua report said.