China is cooperating with Pakistani law enforcement agencies to crack down on the illegal marriage brokers, a spokesperson from the Chinese Embassy in Pakistan said in a press release on Saturday. 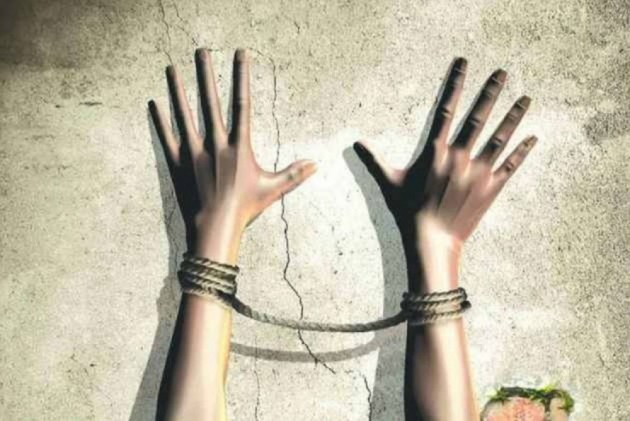 Chinese police have ramped up efforts to close down illegal marriage centres and brokers amid complaints of trafficking of Pakistani women to China, who were lured with fake marriages.

There are many videos of wedding ceremonies of Pakistani women with Chinese men. Many of these videos were claimed to be shot in Shandong, one of China's most populous provinces, the report said.

A Voice of America (VOA) report said the ARY channel crew showed up unannounced at the facility along with local police and interviewed the foreigners, their local facilitators and the alleged Pakistani wives of the Chinese men.

The local facilitators told the TV channel they would lure families into an agreement by saying their would-be Chinese son-in-law was seeking Pakistani citizenship so he could invest in the country as part of the China-Pakistan Economic Corridor project (CPEC), the USD 60 billion project connecting both the countries.

The report raised concerns of trafficking of Pakistani women to China.

Since the CPEC project started in 2013, there are large number of Chinese into Pakistan to work on various projects.

The scandal came to light at a sensitive time when China is set to organise the 2nd Belt and Road Forum (BRF) from April 25-27 to showcase the development of its mega USD trillion-dollar Belt and Road Initiative (BRI).

The CPEC project is officially stated to be BRI’s flagship project.

The report said since February, civil affairs department, local police and market supervision departments in Heze have worked together to take down illegal matchmaking centres.

Two illegal centres in Heze's Caoxian county, which allegedly introduced local males to females from Pakistan for a price of more than 100,000 yuan (USD15,000), were raided on February 21, the report said.

Some matchmaking centres in Heze spread information on cross-national marriages among young people during the past Spring Festival and Chinese New Year holidays in February charging large sums of money to effect introductions to women from abroad, it said.

China is cooperating with Pakistani law enforcement agencies to crack down on the illegal marriage brokers, rejecting Pakistani media reports of human trafficking and sales of organs, a spokesperson from the Chinese Embassy in Pakistan said in a press release on Saturday.

"We remind both Chinese and Pakistani citizens to remain vigilant and not to be cheated. … We hope that the public does not believe in misleading information and works together to safeguard China-Pakistan friendship," the embassy said.

A marriage broker surnamed Li, who works for a matchmaker in Chinese city of Dezhou, also in Shandong Province, told the Global Times that Chinese men looked for foreign brides as it is not easy for local men to find a wife, especially as the gender ratio is so unbalanced.

Li said that his agency had successfully introduced several couples. He promised that if the marriage does not last two months, the clients have a second chance to go to Pakistan to find another wife, the Global Times report said.

"Several matchmaking agencies in China reached by the daily confirmed that they used to introduce Pakistani women to Chinese men, but some had stopped the business because it was too difficult to get visas," the report said.