We call on the two sides to proceed from their national development and peace in South Asia, properly resolve historical grievances, get rid of the zero-sum mind-set, avoid unilateral action and seek a new path to peaceful coexistence: China 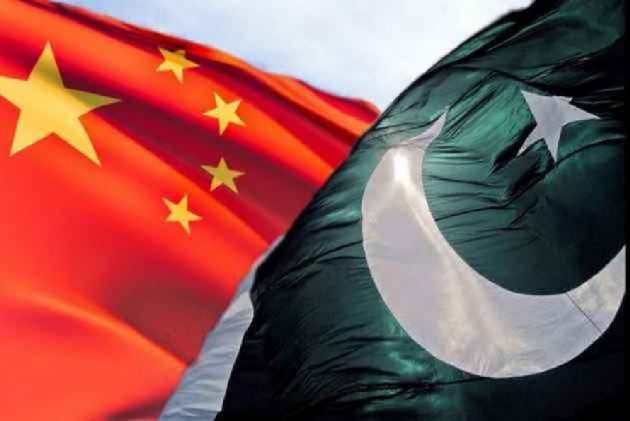 China on Friday told Pakistan's Foreign Minister Shah Mahmood Qureshi, who air-dashed to Beijing on Friday to seek its support on Kashmir, that it regarded both India and Pakistan as "friendly neighbours" and wants them to resolve the issue through UN resolutions and the Shimla agreement.

Tensions between India and Pakistan spiralled after New Delhi revoked Article 370 to withdraw the special status to Jammu and Kashmir and bifurcated the region into two Union Territories - Jammu and Kashmir, Ladakh.

In reaction to India's move, Pakistan downgraded the diplomatic relations by expelling the Indian High Commissioner and suspended trade ties with New Delhi.

Qureshi briefed Wang on Pakistan's position and measures in response to the latest development of the situation in Kashmir.

Ahead of Qureshi's arrival here, Pakistan wrote to the UN Security Council complaining against India's decision to revoke Article 370 of the Constitution and bifurcation of the state into two union territories.

"Wang Yi noted that China is seriously concerned about the latest escalation of tensions in Kashmir. The Kashmir issue is a dispute left from the colonial history," the press release said.

"It should be properly and peacefully resolved based on the UN Charter, relevant UN Security Council (UNSC) resolutions and bilateral agreement," he said, in an apparent reference to the Shimla agreement which calls for the issue to be resolved bilaterally.

However, there was no reference in the press release about China's response to Pakistan's decision to approach the UNSC.

The rare reference to "bilateral agreement" by China especially to Pakistan is regarded significant as it is in accordance with China's stand that Kashmir issue is a leftover from history and should be resolved peacefully through negotiations between Islamabad and New Delhi.

Wang, who is also scheduled to have talks with External Affairs Minister S Jaishankar later this week when he arrives on Sunday for a three-day visit, said "China believes that unilateral actions that will complicate the situation should not be taken".

Wang also "noted that Pakistan and India are both China's friendly neighbours and major developing countries that are in a crucial stage of development".

"We call on the two sides to proceed from their national development and peace in South Asia, properly resolve historical grievances, get rid of the zero-sum mind-set, avoid unilateral action and seek a new path to peaceful coexistence," he said.

He also reiterated the close ties between China and Pakistan.

Wang "stressed that as all-weather strategic cooperative partners, China and Pakistan have understood and supported each other on issues concerning our respective core interests.

"This is a good tradition that should be cherished by the two sides. China will continue to support Pakistan in safeguarding its legitimate rights and interests and uphold justice for Pakistan on the international arena," he said.

Earlier, Chinese Foreign Ministry called on India and Pakistan to resolve the disputes through dialogue and negotiations.

Reacting to questions about Pakistan's decision to downgrade the diplomatic ties and approach the UNSC, the Chinese Foreign Ministry said "China has noted the relevant statement by Pakistan".

"We call on Pakistan and India to resolve disputes through dialogue and negotiation and jointly uphold regional peace and stability," it said in a written response circulated to the media here.

"The pressing priority is that the relevant party should stop unilaterally changing the status quo and avoid escalation of tension," China said without directly referring to India's decision to revoke Article 370.

China on August 6 objected to the formation of Ladakh as Union Territory by India, saying it undermined its territorial sovereignty.

External Affairs Minister Jaishankar's talks with Wang will also focus on the finalisation of arrangements for Chinese President Xi Jinping's visit to India later this year for a second informal summit with Prime Minister Narendra Modi.

The first such summit last year at Wuhan city had set the stage for all-round improvement of bilateral ties.

Jaishankar's visit is the first by an Indian minister to China after Modi government commenced its second term.

Both Jaishankar and Wang will hold the 2nd India-China People-to-People exchange mechanism and address the 4th India-China Media Summit Forum on August 12.