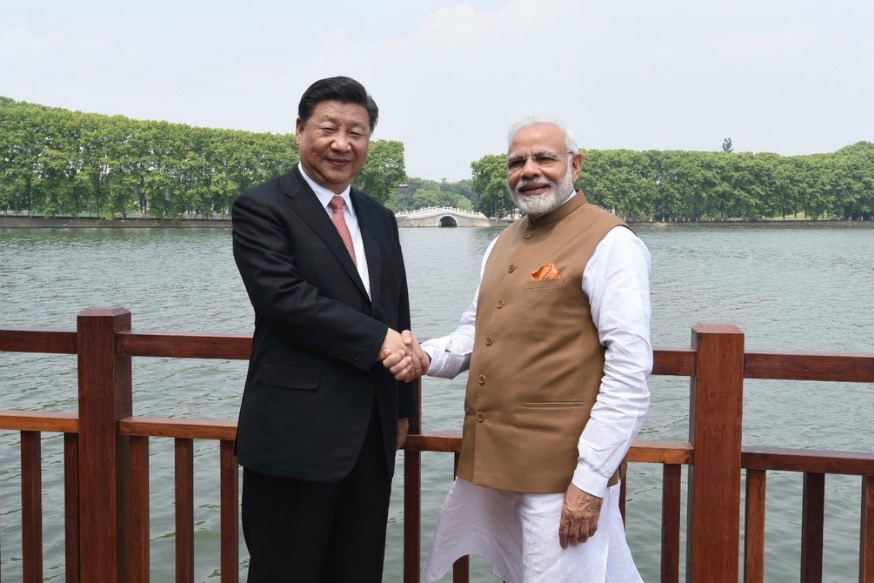 China on Friday welcomed the exchange of greetings between Prime Minister Narendra Modi and his Pakistani counterpart Imran Khan following the  BJP's sweeping victory in India's general elections, expressing hope that the two nations would continue to show goodwill and resolve their differences through dialogue.

Imran Khan Thursday congratulated Modi on his electoral triumph and expressed a desire to work with him for peace and prosperity in the region.

Modi expressed his gratitude for the good wishes,  adding "I have always given primacy to peace and development in our region”.

Chinese Foreign Ministry spokesman Lu Kang told the media that Beijing has noted the interaction between the two leaders.

"We welcome that," he said.

"Both the countries are important countries in South Asia. Peace and harmony between both sides will serve the fundamental interests of both countries and common aspiration of the international community," he said.

"The two sides can continue to show goodwill, meet each other half way and resolve differences through dialogue, improve their relations and jointly uphold regional peace and stability," he said.

Lu said the the elections in India were concluded smoothly and referred to Chinese President Xi Jinping’s congratulatory message to Modi.

"China and India are important neighbours to each other. We are major developing countries and emerging markets. Last year, the Wuhan summit between President Xi and Prime Minister Modi directed the future for our bilateral relations and opening up a new prospect," he said.

The April 27-28 Wuhan summit between Modi and Chinese President Xi was largely credited with having turned around the bilateral relations soured by the 73-day-long Doklam standoff, triggered by Chinese troops attempts to build a road close to Indian border on the India-Bhutan-Chine trijunction in 2017.

After the Wuhan summit, both the countries stepped up efforts to improve relations on different spheres including  military-to-military ties.