There are doubts over what exactly China tested and when, but the act is surely part of China’s bid for global power. 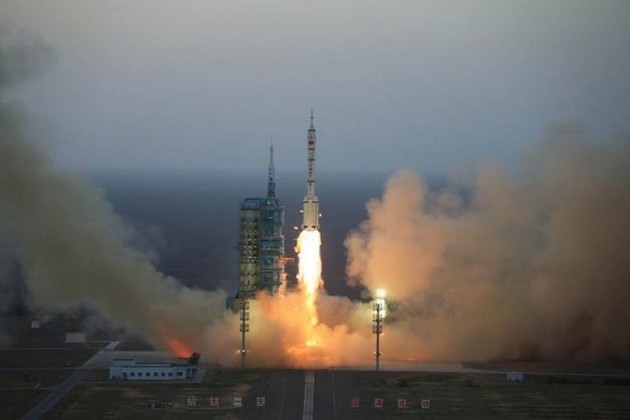 Conflicting reports and official statements aside, China testing its space and apparent nuclear capabilities has once again shaken international power dynamics to the very core. On October 17, Financial Times broke the news that China had in August tested a hypersonic missile with nuclear capabilities that circled the globe before attempting to make it to its target site. The ‘simple’ act of China launching the missile has since then had multiple international ramifications.

While nearly two to three of the five experts who knew of the alleged test claimed the missile never made it to its target, they did note with pride that this test had shown remarkable progress in the R&D process—a fact which they claimed had missed the notice of US officials. No doubt, the testing of the missile has shaken Washington out of its stupor. Questions have been raised as to why Washington was adamant on ignoring the growing advancement China had achieved in its nuclear and missile capabilities.

While irritation and tensions over the ignorance have been running high in Washington since the test, there is no denying that an advancement such as the one achieved by China allows their missiles to not just travel in a lower orbit of the atmosphere, but also evade the US anti-ballistic missile defences. Placing the US at a significantly disadvantaged position, particularly because of how their actions took the US intelligence by shock and surprise, many experts predict this move would weaken the already strained ties between the two nations.

However, in what can perhaps be understood as an attempt to either cover their tracks or lessen the stress on the strained relationship they share with the rest of the world, the Chinese foreign ministry was quick to put out a statement on October 18 denouncing the Financial Times article. China had tested the space object in July, not August, the statement claimed. Secondly, it stated in clear terms that the object or vehicle that had been sent to space had been fired on the logic of testing reusable space technology in order to make travel to space cheap and eco-friendly. While some sources believe this statement does not logically make sense, many believe this will lead to the US pulling its socks up and arming itself in retaliation to China’s fast-paced technological advancement.

This debacle, however, has definitely raised questions of accountability and transparency in the international sphere with respect to global security and peace. “China’s lack of transparency, willingness to lie and mislead has a definite impact on the current global security scenario,” stated Professor Jabin T. Jacob, an associate professor at the department of international relations and governance studies at Shiv Nadar University, a China specialist and an adjunct research fellow at the National Maritime Foundation. “Communist Party rule in China is not designed to accept peaceful co-existence, especially under Xi Jinping where nationalism and militarisation of society have become integral to the Party’s survival tactic.”

The professor’s statement implies that whether it was firing a nuclear missile or a reusable space vehicle, China will do whatever it takes to not just protect its interests in space, but also to further itself technologically, especially in competition to the US. He further elucidates this while stating the past example of China militarising the South China Sea after promising the then US president Barack Obama that they would not, in their attempt to cooperate for peace in the region. Evidence of having gone back on their word does not just show China’s brazen attempt to protect their national interest internationally, but to do so at the cost of disregarding and violating norms and standards imposed on all countries.

While the ramifications of China’s actions are still playing out with the truth being presented in all forms and understandings, one can definitely expect that such an act is only the first of many in China’s bid for the race to power.