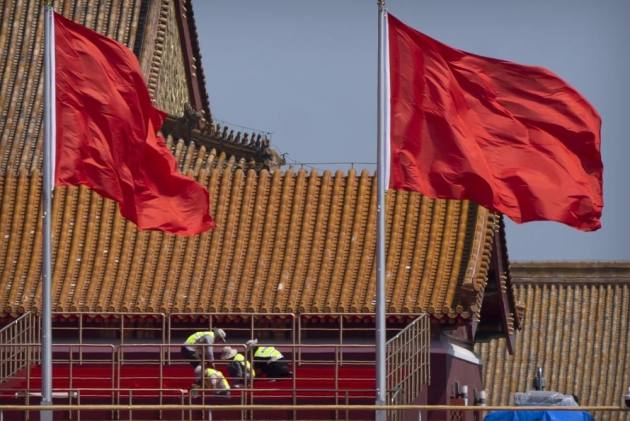 Chinese authorities have closed Beijing's central Tiananmen Square to the public, eight days ahead of a major celebration being planned to mark the 100th anniversary of the founding of the ruling Communist Party.

The square, which normally attracts tourists from around the country, was barricaded Wednesday and will remain closed until July 2. Rows of yellow seats and heavy machinery could be seen on the open plaza that also houses the mausoleum of Mao Zedong, the founding leader of communist China.

The party will showcase the country's rise from civil war and disastrous political campaigns in the early years of communist rule to market reforms that have created the world's second largest economy, with a superpower status rivalled only by the United States.

Beijing’s Diplomatic Crumbs Shouldn’t Con Delhi; Talk, But With Hands On The Holster

Old habits die hard, however, arrangements for the July 1 anniversary remain shrouded in secrecy. Around Tiananmen Square, the Forbidden City former palace complex and other scenic sites are also closed. Flyovers by air force squadrons suggest an aerial review is in the planning, but authorities have yet to release details.

Around Beijing and throughout the country, signboards have been erected and commemorative activities held, accompanied by the deployment of additional police and paramilitary forces.

The ruling party was established in secrecy in 1921, following the collapse of the Qing dynasty in 1912. It held its first session at a girl's school in Shanghai, and later moved to a lake boat to evade agents of the local warlord.

The party has built its reputation on resistance, first from Chiang Kai-shek's Nationalists, then Japanese invaders and culminating in its seizure of power in 1949. Chiang fled to Taiwan, which has since evolved into a democracy that Beijing threatens to annex by force, while the communists' military wing asserted control over Tibet and other outlying regions.

Mao's death in 1976 brought a gradual end to orthodox Marxist economics, even while the party retained its authoritarian Marxist-Leninist governing structure.

Having weathered the collapse of communism in the Soviet bloc, and the 1989 pro-democracy movement that it crushed with tanks and troops, the party has endured by delivering economic growth while stifling dissent.

"For 100 years, our party has always adhered to Marxism," Zhong Shiyi, a deputy director at the party's Institute of Party History and Literature, told foreign journalists Wednesday. “The Soviet Union in the Gorbachev era advocated democratic socialism and practiced pluralism ... and therefore it failed.”

Since the rise of party leader Xi Jinping in 2012, China has grown increasingly assertive over its territorial claims in the South China Sea and in its drive to expand internationally through the Belt and Road initiative, which has built ports, power stations, train lines and other infrastructure overseas.

Underscoring China's rise in technology, Xi spoke Wednesday with three astronauts aboard the country's newly launched space station, praising their mission as a “a pioneering contribution to the peaceful use of space by mankind.”

Beyond the party anniversary, Xi has already set new targets for China reclaiming what it considers its former role as the cultural, economic and political centre of power in east Asia. The Xinhua News Agency and other state media have been highlighting plaudits to Xi from home and abroad.

Under Xi's leadership, the party will “embark on a new, splendid journey in the next century," Xinhua said.