The SCO summit will be the first major international event being attended by Prime Minister Modi after his re-election. He would meet President Xi and Russian President Vladimir Putin on the sidelines of the summit. 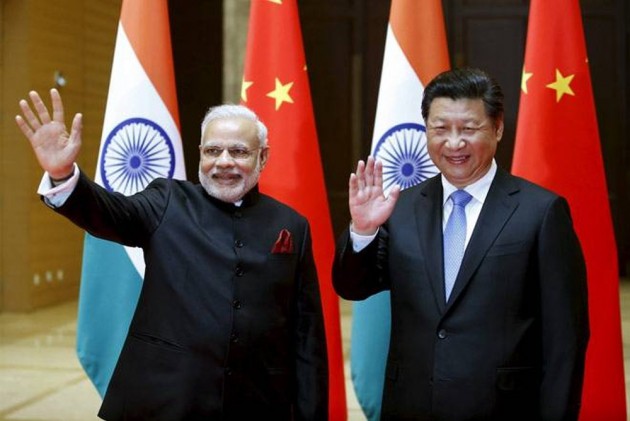 Chinese President Xi Jinping on Wednesday left for Kyrgyz capital Bishkek where he would attend the Shanghai Cooperation Organisation (SCO) summit and meet Prime Minister Narendra Modi on its sidelines, the first meeting between the two leaders after the BJP's massive victory in the general elections.

The 19th summit of the SCO is due to be held on June 13-14 in Bishkek, Kyrgyzstan. The SCO is a China-led eight-member economic and security bloc with India and Pakistan being admitted to the grouping in 2017.

President Xi has left for Kyrgyzstan, where he would attend the SCO summit, official media here reported.

The SCO summit will be the first major international event being attended by Prime Minister Modi after his re-election. He would meet President Xi and Russian President Vladimir Putin on the sidelines of the summit.

In a sign of the importance attached to the SCO, which focuses on the security and counter-terrorism cooperation among the member countries, Modi invited Kyrgyz President Sooronbay Jeenbekov, who also headed the SCO, besides leaders of BIMSTEC and Prime Minister of Mauritius Pravind Jugnauth to his oath ceremony last month, demonstrating the significance his government attaches to the relations with immediate neighbours.

For its part, China has already flagged its expectations both on Xi-Modi meeting as well as of the summit.

The informal Wuhan summit helped India and China ease the tensions arising of the 2017 Doklam standoff along the India-China-Bhutan borders.

After the Wuhan summit, both the countries stepped up efforts to improve relations in different spheres including the military-to-military ties.

Officials say Xi’s visit is expected to come up for discussion during his meeting with Modi at Bishkek.

Both the leaders were expected to give a new impetus to the relations especially on the trade and investment front.

China also hinted that President Xi would highlight the need to forge a united front against US President Donald Trump’s policies of trade protectionism and unilateralism using tariffs as a weapon.

The two countries have been in an escalating conflict over trade for the past year. The scope of the battle has expanded in recent months as Washington has tightened trade restrictions on Chinese telecom giant Huawei.

Hopes for an imminent trade deal were shattered in May after the Trump administration more than doubled tariffs on USD 200 billion of Chinese imports and threatened additional duties.

Chinese officials hope that India, which is also facing trade frictions with the US especially over termination of its designation as a 'beneficiary developing country' under the Generalised System of Preferences (GSP), would join the fight against Trump's protectionist policies.

"Trade protectionism and unilateralism are very much on the rise. How to respond to the bullying practices of the US, its practice of trade protectionism this is an important question not only to China, but also has direct bearing on the recovery of global economy," Zhang said.

"So I would say it will be helpful if the two leaders could exchange views and we hope their communication will lead to extensive consensus on upholding justice and opposing trade protectionism," he said.

About the summit agenda, Zhang said the institutional building of the SCO would be discussed involving economic and security cooperation, particularly on counter terrorism.

"Security and development are two major issues focus of the SCO," he said.

"The establishment of the SCO is not to target any country but summit of this level would certainly pay attention to major international and regional issues," he said in response to a question whether the thrust of the summit would be to oppose the US' trade frictions with China and other countries.

After Kyrgyzstan, Xi would travel to Tajikistan where he would attend the Conference on Interaction and Confidence Building Measures in Asia (CICA) in Dushanbe.