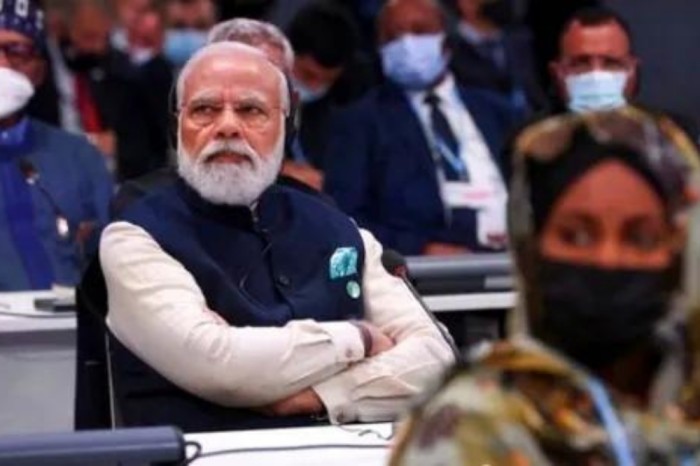 Two Asian leaders brought net neutrality pledges to the COP26 summit in Glasgow while China's president was noteworthy in his absence.

Chinese President Xi Jinping, who has not left the country on official business since the Covid-19 pandemic began, chose to skip the climate conference. Xi also did not submit a video address.

US President Joe Biden told a news conference at COP26 Tuesday evening that Xi had made a "big mistake" by not attending the summit.

"The rest of the world looked at China and said 'what value are they providing?'" Biden said, adding that China was "walking away" from "gigantic" climate issues.

UK Prime Minister Boris Johnson said that while Xi's absence in in Glasgow "doesn't mean the Chinese are not engaging'' with the fight against climate change, he urged China to do more to slash emissions.

Xie Zhenhua, a UN climate negotiator and special climate envoy for China, told reporters Tuesday that China's status as the world's biggest emitter of carbon is due to the fact that the country is still developing.

He reiterated Beijing's stance that the US and other developed countries should be put under more pressure than China to cut emissions.

"We have already been making our biggest possible effort to address climate change,'' Xie said. "Regarding the fact that China is the current largest emitter, it's because China is at a special development stage,'' he added.

China submitted its updated nationally determined contributions — the non-binding climate change plans that are to be submitted to the UN as part of the 2015 Paris Agreement — on October 28.

Beijing said it aimed to see carbon dioxide emissions peak before 2030, with the country becoming carbon neutral before 2060 — enshrining a pledge made by Xi Jinping in 2020.

China also committed to raising the share of non-fossil fuels in its primary energy consumption to 25% by 2030, higher than a previous pledge of 20%.

Beijing says it will increase wind and solar power capacity to more than 1,200 gigawatts.

China is currently grappling with its worst electricity shortages in years and has asked miners to increase production of coal to supply power plants.

China, like India, relies on coal for generating about 60% of its electricity. Prime Minister Modi said India would achieve net zero emission by 2070, a week after an official from India's Environment Ministry said India would not commit to achieving net neutrality.

Even though India's announcement was welcomed by the international community, scientists pointed to the fact that India's timeline far exceeds the global timeline of achieving net zero emissions by 2050.

Modi defended India, saying it stuck to climate pledges "in spirit and letter." He said India had 17% of the world's population, but was responsible for only 5% of the global emissions.

Modi also announced that India would reduce total projected carbon emissions by one billion metric tons by 2030 and reduce its carbon intensity to less than 45% by 2030.

India, said Modi, will also increase its non-fossil energy capacity to 500 gigawatts by 2030 and increase the share of renewables in its energy mix from about 38% last year to 50% by 2030. In his speech, Modi called for a global push to adopt sustainable lifestyles.

"Instead of mindless and destructive consumption, we need mindful and deliberate utilization," he said.

On Tuesday, the UK and India announced a plan to improve connections between the world's electric grids, called the "Green Grids Initiative – One Sun One World One Grid." The idea is to accelerate the transition to green energy by making it affordable.

"If the world has to move to a clean and green future, these interconnected transnational grids are going to be critical solutions," Modi said in a statement.

"The most important thing that they've said is that they want to decarbonize ... much of their power system by 2030. That's a massive commitment," Johnson said.

However, unlike Japan and China, India is not a signatory to a bid to halt deforestation by 2030, the first specific COP26 breakthrough announced by the British host government.

Speaking from Delhi, Madhura Joshi of the E3G climate change think tank told DW that Modi's announcements were encouraging, but added that she hoped he was simply setting the bar low with the goal of 2070.

"I look at India's commitments at COP26 as definitely encouraging by committing to 500 gigawatts of non-fossil fuel energy capacity and 50% of renewable energy by 2030," she said. "The prime minister has set India firmly on a clean energy pathway, meaning this can deliver net-zero, definitely by 2070, but hopefully India can achieve it much earlier."

At the conference, Kishida said Japan will offer up to $10 billion in additional funding to support decarbonization in Asia.

Kishida added Japan would pledge $14.8 billion its assistance to help other countries adapt to climate change and prevent natural disasters.

In April, Tokyo announced the target of a 46% emissions reduction from 2013 levels by 2030. This would put the country on track to achieve its net-zero goals.

The COP summit will be Kishida's first overseas trip since he took office a month ago.