'Coronavirus Is Airborne': Over 200 Scientists Write To WHO, Urge Change In Recommendation

Whether it is through large droplets that fly through the air after a sneeze, or much smaller exhaled droplets, the experts say Covid-19 is borne through air and can infect people when inhaled. 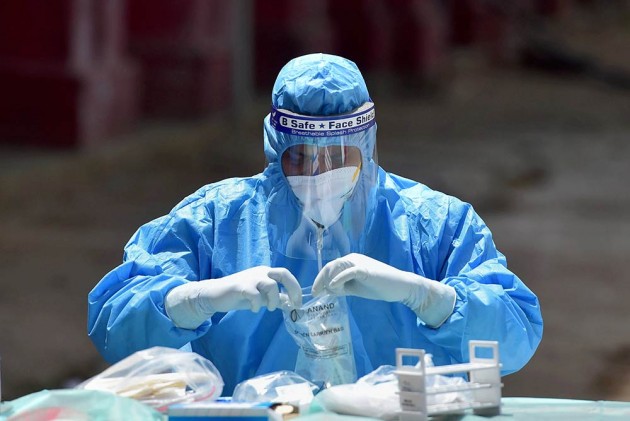 In an open letter to the World Health Organization (WHO), 239 scientists from 32 countries have claimed that the novel coronavirus is airborne and have called for the global health body to revise its recommendations, the New York Times reported.

The WHO has been saying that the coronavirus or Covid-19 is spread primarily by large respiratory droplets that when expelled by infected people through coughs and sneezes, fall on surface. Thus, the WHO has been recommending hand washing as a primary prevention strategy as our hands may come in contact with such surfaces.

In its latest update on June 29, the WHO said the transmission of the virus through air is possible only during medical procedures that produce aerosols, or droplets smaller than 5 microns. Such procedures include tracheal intubation, non-invasive ventilation, and tracheotomy among others and only healthcare workers are exposed to such risk, according to the WHO.

Can Asymptomatics Infect? Are They The Silent Carriers?

The Mysterious World Of Viruses And Why You Can't Escape Them

Dr Benedetta Allegranzi, WHO’s technical lead on infection control, however, said the evidence that coronavirus is airborne is unconvincing. “Especially in the last couple of months, we have been stating several times that we consider airborne transmission as possible but certainly not supported by solid or even clear evidence,” she said.

In early April, a group of 36 experts on air quality and aerosols urged the WHO to consider the growing evidence on airborne transmission of the coronavirus. The agency called Lidia Morawska, the group’s leader and a longtime WHO consultant to arrange a meeting. But the discussion was dominated by a few experts who are staunch supporters of handwashing and felt it must be emphasized over aerosols, The New York Times reported.

At the meeting, Dr. Morawska and others pointed to several incidents that indicate airborne transmission of the virus, particularly in poorly ventilated and crowded indoor spaces. They said the WHO was making an artificial distinction between tiny aerosols and larger droplets, even though infected people produce both.

Whether it is through large droplets that fly through the air after a sneeze, or much smaller exhaled droplets that may glide the length of a room, experts say Covid-19 is borne through air and can infect people when inhaled.

Dr Linsey Marr, an expert in airborne transmission of viruses at Virginia Tech, said, "We’ve known since 1946 that coughing and talking generate aerosols."

She said that though scientists have not been able to grow the coronavirus from aerosols in the lab, that doesn’t mean aerosols are not infective. "Most of the samples in those experiments have come from hospital rooms with good air flow that would dilute viral levels."

Dr Marr also said the WHO is relying on a dated definition of airborne transmission.

Experts also said the coronavirus seemed to be most infectious when people were in prolonged contact at close range, especially indoors, and even more so in superspreader events.