The British government is yet to officially respond to India’s plans to impose quarantine restrictions on vaccinated British travellers from Monday, in a retaliatory move against India not being recognised on a list of 18 vaccine-eligible countries. 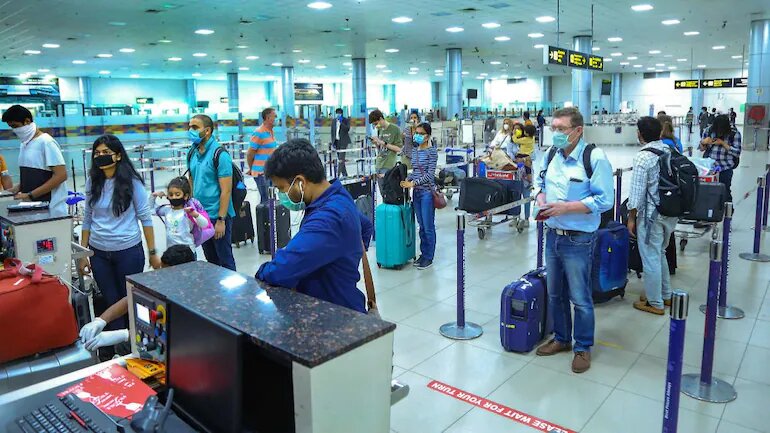 After India taking reciprocal action against the UK's new international travel norms that do not recognise Indian vaccine certification, the British government sources on Friday said the countries that are included on the UK’s Covid-19 vaccine eligibility list for international travel are kept under ‘constant review’.

The British government is yet to officially respond to India’s plans to impose quarantine restrictions on vaccinated British travellers from Monday, in a retaliatory move against India not being recognised on a list of 18 vaccine-eligible countries.

The move follows weeks of talks between officials from the British High Commission and the Ministry of Health in New Delhi to agree on a vaccine certification system, following India-made Covishield being added to the UK's list of approved vaccine formulations.

“The list of countries is kept under constant review and we do hope to add more countries, but there is no timeframe for that,” an official source said.

Last month, the UK said that COVID-19 vaccine certification from all countries must meet a “minimum criteria” and that it is working with India on a “phased approach” to its international travel norms.

“Our top priority remains protecting public health, and reopening travel in a safe and sustainable way, which is why vaccine certification from all countries must meet the minimum criteria taking into account public health and wider considerations. We continue to work with international partners, including India, to roll out our phased approach,” a government spokesperson said at the time.

On Friday, the UK government would only say that its statement from last month is still the latest related to international travel norms.

Travellers who are not fully vaccinated, or vaccinated in a country such as India currently not on the UK government’s recognised list, must take a pre-departure test, pay for day two and day eight PCR tests after arrival in England and self-isolate for 10 days, with an option to “test to release” after five days following a negative PCR test.

From Monday, England's traffic light system of red, amber and green countries based on levels of Covid-19 risk is to be officially scrapped. However, despite Covishield recognised within the UK’s eligible vaccine formulations, it would not offer any advantage to Covishield-vaccinated Indian travellers planning a UK visit.

The Indian government had expressed its strong condemnation of such a move and warned of “reciprocal measures” if vaccinated travellers from India continued to be treated in a "discriminatory" way.

In New Delhi, official sources said that India has decided to impose reciprocal curbs against all British nationals arriving in the country, as the contentious issue relating to the UK not recognising Indian vaccine certificates could not be resolved despite holding a series of technical-level talks.

Under India's new norms, all British nationals arriving in India from the UK, irrespective of their vaccination status, will have to produce the result of the RT-PCR test done within 72 hours before travel.

They will also have to undertake two more RT-PCR tests, one on their arrival at the airport in India and the second one on Day 8 after arrival, the sources said.

Besides the tests, all the travellers will have to undergo mandatory quarantine at home or in the destination address for 10 days after arrival in India, the sources said, adding authorities in the Health and Civil Aviation ministries would be taking steps to implement the new measures.