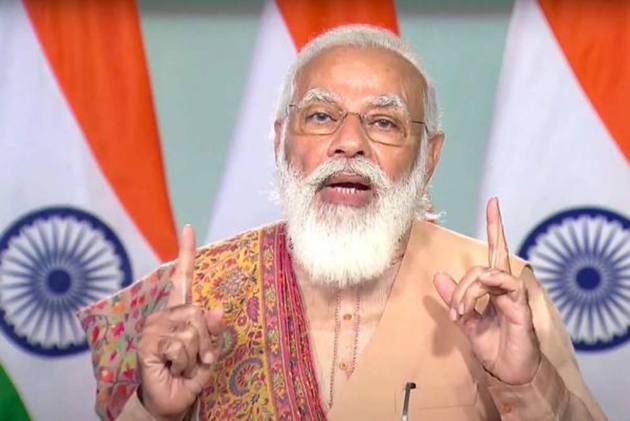 Speaking at the virtual summit of the Brazil-Russia-India-China-South Africa (BRICS) grouping on Tuesday, Prime Minister Narendra Modi said terrorism is the biggest challenge that the world is facing at the moment. “There is a need to ensure that countries supporting terrorism must be held accountable. We need to tackle the problem of terrorism with a coordinated approach,” Modi said in an oblique reference to Pakistan.

Modi made the comments at the 12th BRICS summit, held virtually, as the five-nation grouping is looking at adopting a new counter-terrorism strategy to effectively deal with the menace. The summit, hosted by Russian President Vladimir Putin, was also attended by Chinese President Xi Jinping, Brazilian President Jair Bolsonaro and South African President Cyril Ramaphosa.

"We are happy that the BRICS counter-terrorism strategy has been finalised during the chairmanship of Russia. This is an important achievement and India will take this forward further during its presidency," Modi added.

In his address, Modi also underlined the need for reform of the United Nations Security Council as well as multilateral bodies like the World Trade Organisation, the International Monetary Fund and the World Health Organisation. "Both credibility and effectiveness of institutions of global governance are being questioned. The main reason for this is that these organisations did not change over time and they are still operating based on the 75-year-old thinking," he said. "India believes reforms are very mandatory in the UN Security Council. We expect the support of our BRICS partners on this subject," Modi added asserting that multilateralism is undergoing a crisis.

Talking about India’s fight against Covid-19, Modi said India will put to use all its resources in helping the world fight the pandemic. “India's vaccine production and delivery capacity will also work in the larger interest of humanity to tackle the Covid-19 crisis. A self-reliant and resilient India post-Covid can be a force multiplier for global economy,” Modi said.

Modi also said that the BRICS economies will play an important role in the post-pandemic global recovery and that India's vaccine production and delivery capabilities will work in the interest of humanity. "We have more than 42 percent of the world's population, and our countries are among the main engines of the global economy. There is a lot of scope for increasing mutual trade between BRICS countries," the Prime Minister said.

Referring to India's BRICS chairmanship, the Prime Minister said India will work on enhancing collaboration in digital health and traditional medicine. "During our chairmanship in 2021. we will try to strengthen intra-BRICS cooperation in all the three pillars of BRICS. We will endeavour to increase intra-BRICS solidarity and develop a solid institutional framework for this purpose," Modi said.