Covid-19 Rages In Russia As Vaccination Continues At Sluggish Rate

Russia already has Europe's highest death toll in the pandemic — more than 214,000 — and the authorities' conservative way of recording COVID-19 fatalities suggests the actual number could be even higher. 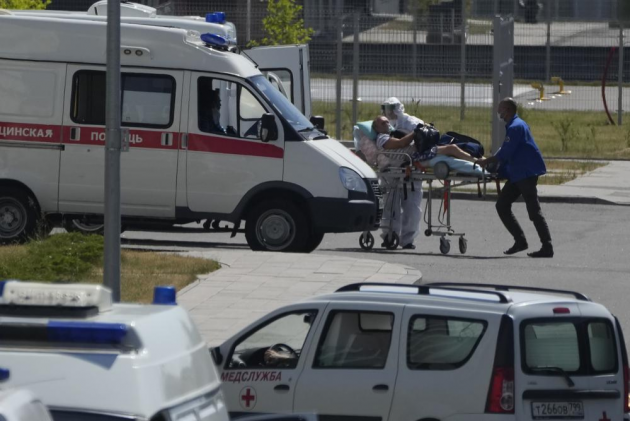 Russia's state coronavirus task force reported 936 new deaths on Friday, the highest daily number since the start of the pandemic. It was a third straight day when daily COVID-19 deaths topped 900.

Russia already has Europe's highest death toll in the pandemic — more than 214,000 — and the authorities' conservative way of recording COVID-19 fatalities suggests the actual number could be even higher.

On Friday, the government's task force reported 27,246 new confirmed cases, just slightly less than Thursday's number of 27,550, which was the highest so far this year.

A steep rise in infections and deaths began in late September, with authorities blaming it on the low vaccination rate. As of Tuesday, almost 33 per cent of Russia's 146 million people had received at least one shot of a coronavirus vaccine, and 29 per cent were fully vaccinated.

But the Kremlin has shrugged off the idea of imposing a new nationwide lockdown, delegating the power to tighten restrictions to regional authorities.

In some areas of the country, including Moscow and St. Petersburg, life remains largely normal, with businesses operating as usual and mask mandates loosely enforced.

Some regions have limited attendance at large public events and restricted access to theatres, restaurants and other places to people who have been vaccinated, recently recovered from COVID-19 or tested negative in the previous 72 hours. Critics argue, however, that these measures aren't enough to stem the surge.

In some areas, Russia's massive yet severely underfunded health care system has started to show signs of being overwhelmed by the outbreak.