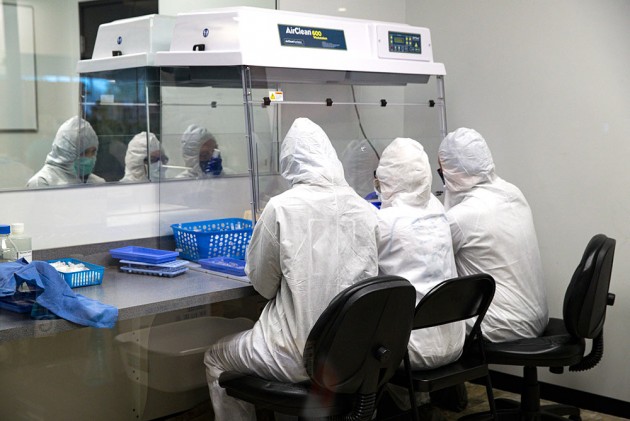 The United States recorded 2,494 more coronavirus deaths in the past 24 hours, according to figures reported Saturday night by Johns Hopkins University.

The United States is by far the hardest-hit country in the global pandemic, in terms of both confirmed infections and deaths.

Worldwide, more than 200,000 people died of the disease as of Saturday, among over 2.8 million cases, showed the CSSE data.

The US states and federal government are trying very hard to balance the public health risk posed by the virus with the severe cost of month-odd shutting down of the country's economy.

The Congressional Budget Office said Friday that the unemployment rate around the country, which was near a 50-year low before the coronavirus struck, will surge to 16 per cent by September as the economy withers under the impact of the outbreak.

More than 26 million Americans have applied for unemployment benefits since March.

White House unveiled on April 16 three-phase guidelines for reopening the US economy, putting the onus on governors of making decisions about their states' economies.

Over a dozen states, including Georgia, Oklahoma, Tennessee, Mississippi, Texas, Colorado and Iowa, are moving toward restarting their economies this weekend with some restrictions.