The spike protein helps the virus to infect and enter the human cells, and current vaccines are targeted against it. 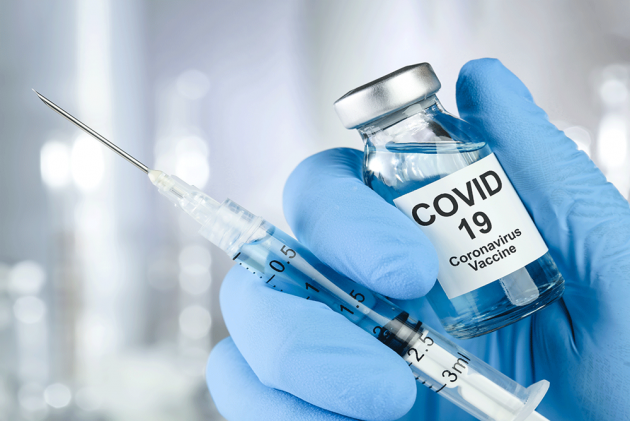 Amid rising concerns about the effectiveness of existing vaccines to defend against new covid-19 mutations, a study led by researchers from the University of Oxford in the UK claimed that alternating doses of the Oxford-AstraZeneca and Pfizer-BioNTech vaccines generate robust immune response against the infection.

The study evaluated mix and match combinations of the two vaccines to see to what extent these preventives can be used interchangeably, potentially allowing flexibility in global vaccine roll-out.

The yet-to-be-published study found that both mixed schedules  -- Pfizer followed by AstraZeneca, and vice versa -- induced high concentrations of antibodies against the SARS-CoV2 spike protein when doses were administered four weeks apart.

The spike protein helps the virus to infect and enter the human cells, and current vaccines are targeted against it.

The findings, posted on The Lancet pre-print server on June 25, suggest all possible vaccination schedules involving the AstraZeneca vaccine, known as Covishield in India, and Pfizer preventive could potentially be used against COVID-19.

The researchers enrolled 830 participants, including 463 who were given a second dose at an interval of 28 days.

"The results show that when given at a four-week interval both mixed schedules induce an immune response that is above the threshold set by the standard schedule of the AstraZeneca vaccine," said Professor Matthew Snape, Associate Professor in Paediatrics and Vaccinology at the University of Oxford.

The researchers noted that an AstraZeneca/Pfizer schedule induced higher antibodies and T-cell responses than a Pfizer dose followed by AstraZeneca.

Both of these induced higher antibodies than the licensed, and highly effective 'standard' two-dose AstraZeneca schedule, they said.

The T cell response is an essential part of the host immune response to acute virus infection.

"These results are an invaluable guide to the use of mixed dose schedules, however the interval of four weeks studied here is shorter than the eight to 12-week schedule most commonly used for the Oxford-AstraZeneca vaccine," Snape said.

"This longer interval is known to result in a better immune response, and the results for a 12-week interval will be available shortly," he added.

"Our non-mixed vaccination programme has already saved tens of thousands of lives across the UK but we now know mixing doses could provide us with even greater flexibility for a booster programme," Van-Tam said.

He added that mixing doses of the two vaccines could support countries who have further to go with their vaccine rollouts and may be experiencing supply difficulties.