The deaths were reported from eight districts, including Noakhali, Bhola and Lakshmipur that were among the places worst-hit by the cyclone. 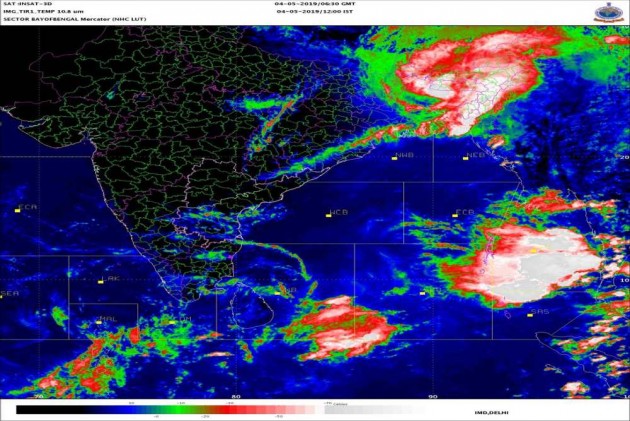 At least 14 people were killed, and 63 others injured, as severe cyclone Fani barreled into Bangladesh on Saturday, a day after leaving a trail of destruction in neighbouring India, media reports said on Saturday.

Bangladesh authorities said that more than1.6 million people have been shifted to safer places, as about 36 villages were flooded after the storm surge breached embankments in the country's coastal areas.

The deaths were reported from eight districts, including Noakhali, Bhola and Lakshmipur that were among the places worst-hit by the cyclone, the Dhaka Tribune reported.

"In Noakhali district, a minor has been killed and several others of the family injured when the house collapsed on them during the storm. Moreover, 30 villagers were also injured as the storm destroyed over a hundred houses in the two unions," the paper reported.

Similarly, in Lakshmipur district, a 70-year-old woman, Anwara Begum, was killed in house collapse due to the storm.

The cyclonic storm battered the coastal districts of the country and destroyed hundreds of houses.

Sky in several parts of Bangladesh continues to remain overcast, and rain and thundershowers with gusty winds are continuing across the country since Friday, the Daily Star reported.

Disruption of electricity and internet connection has been reported from many areas of the country after the storm started.

The rough weather conditions also compelled the authorities to cancel12 flights so far and delay several others, the paper reported.

The cyclonic storm, which made landfall at India's eastern state of Odisha on Friday, unleashed copious rain and windstorm that gusted up to 200 kmph, blowing away thatched roofs of houses, swamped towns and villages.

The death toll due to the calamity, which stood at eight on Friday, mounted to 12 with four fresh casualties reported from Odisha's Mayurbhanj district, Indian officials said, adding, detailed information from many areas was still awaited.