A Chinese court in Tibet sentenced writer and educator Go Sherab Gyatso to a 10-year prison following his loyalty to Dalai Lama. A brief look at China's growing tension with Tibet and Dalai Lama. 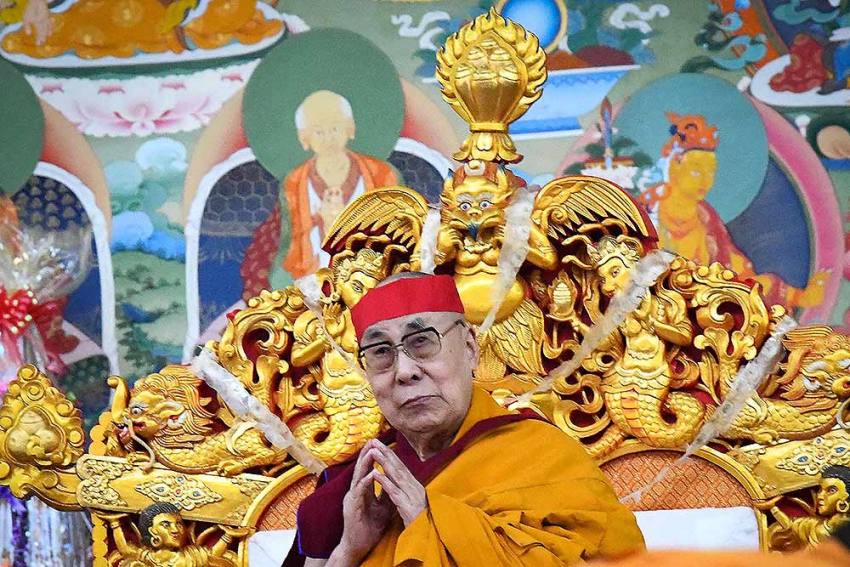 In a secret trial, a Chinese court in Tibet has sentenced Tibetan writer and educator Go Sherab Gyatso to 10 years in prison for maintaining his loyalty to exiled spiritual leader Dalai Lama.
Earlier, the 46-year-old writer, a monk at Kirti monastery in Sichuan’s Nagba was taken into custody by the State Security agents on October 26, 2020, in Sichuan’s capital Chengdu. However, on what charges he was detained remained unknown. Responding to the United Nations and human rights experts on July 16, earlier this year, the Chinese government had said that Gyatso had been placed in criminal detention “in accordance with the law on suspicion of inciting secession”.
According to reports, Gyatso will be moved to a prison near Tibet’s regional capital Lhasa.
Who is Go Sherab Gyatso?
Go Sherab Gyatso is a renowned Buddhist scholar and intellectual who has authored multiple articles and books on Tibetans living under Chinese rule. He is said to have authored eight books since 1998 including ‘Time to Wake Up’ that had created a lot of buzz among the Tibetans.
Hailing from Ngaba county, Amdo region of Tibet, Gyatso was born to a family of supreme leaders. His father Gyatso was a minister at the court of Pelgon Thinley Rabten, the last king of Ngaba’s Meu kingdom. His maternal grandfather, Thutop Wangshuk was also a senior minister at the king’s court during the mid-20th century.
He has been invited to various universities and monasteries to discuss the protection of Tibetan culture and education.
In 1998, Gyatso was detained twice. One time he was arrested for rejecting to denounce Dalai Lama when he was a student. During the second detention, he spent three years in prison and he was subjected to extreme torture at the time of his first detention. Subsequently, he was detained in 2008 and 2011, for showing support to Dalai Lama and protesting China’s control over Tibet.
China’s growing tension with Dalai Lama
It is believed that every Dalai Lama embodies the compassion of all Buddhas. He is seen as the foremost leader of the Gelug school of Tibetan Buddhism. After the death of each Dalai Lama, a search is conducted in Tibet following many signs including where the former Dalai Lama was looking when he died, in which direction the wind was blowing when he was cremated and so on, to find his reincarnation.
However, with the Chinese invasion into the Tibetan territory in 1950, this process of finding the next divine leader remains uncertain. In 1959, the 14th Dalai Lama -- Tenzin Gyatso -- fled to India and settled in Dharamshala. There, a Dalai Lama government was set up in exile.
Dalai Lama is revered by the Tibetan people and his exile most certainly irked the Tibetans. Further, China’s intrusion and manipulation of the selection process has angered the Tibetans as China wants to appoint its own Dalai Lama as opposed to Tibetan Buddhists, who want to be in charge of the selection process of the Dalai Lama.
The Chinese government, in 1995, also caused the disappearance of Dalai Lama’s choice for the successor of Panchen Lama and appointed its own.  The Panchen Lama is the second most important tulku lineage in Tibetan Buddhism.

By law, it is now mandatory to seek approval from the Chinese government while selecting the reincarnation of all senior Buddhist leaders (Lamas). This move has been strongly rejected by the Dalai Lama and his government-in-exile, which describes it as the politicisation of reincarnation.