The Delhi Jal Board (DJB) had started the project in partnership with private companies in January 2013. The deadline for completing the work was December 2014, officials said. 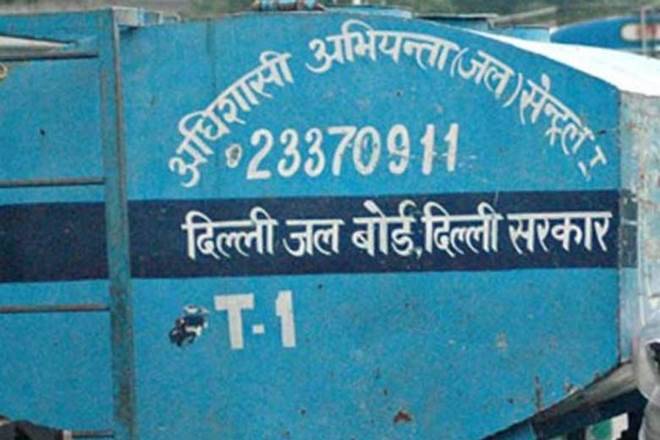 Surpassing Eight years since the launch of a pilot project by the Delhi government, in a bid to ensure 24x7 water supply in Malviya Nagar and Vasant Vihar, only five per cent of the households have been given access to the promised essential facility in the two areas,  according to official data.

The initiative was adopted by the Delhi Jal Board (DJB) in collaboration with private enterprises in January 2013. The deadline for completing the work was December 2014, officials said.

According to official statistics, there are 50,000 households in Malviya Nagar and 8,000 in Vasant Vihar.

After around eight-and-a-half years later, the pilot project's achievement includes 783 houses only in two small pockets, Navjeevan Vihar and Geetanjali Enclave, in Malviya Nagar, and 2,156 houses in West End Colony, Anand Niketan and Shanti Niketan of Vasant Vihar, according to the data.

"The infrastructure for 24x7 water supply is ready in most of the areas, but more water is required for implementation," an official said.

On an average, each household in Delhi gets around four hours of water supply per day.

The DJB supplies around 935 million gallons of water per day (MGD) against the demand of 1,140 MGD.

The utility has been simultaneously working on multiple water augmentation projects which will yield results in the next few years, another official told PTI.

The DJB plans to discharge treated effluent of high quality at Palla and lift it at Wazirabad for further treatment. This project, the first-ever of its kind in India, will give an additional 95 MGD of water by December 2024.

The capital will get another 50 MGD of water from Himachal Pradesh by December 2022.

By October next year, the utility will start drawing 25 MGD from the reservoirs created in the Yamuna floodplains to retain excess water in the monsoon season.

Around 200 MGD of groundwater will be extracted from areas with high water tables such as Roata in Najafgarh in southwest Delhi.

According to estimates, Delhi will have 1,305 MGD of water available to meet the demand of its residents by March 2025.

"The ongoing water augmentation projects will culminate in phases over the next three years. The infrastructure for 24x7 water supply will also be ready by that time," an official explained.

"The projects have been expedited under the Arvind Kejriwal government. Not much had been done earlier on this front," he added.

Besides Malviya Nagar and Vasant Vihar, the DJB has been providing 24x7 water supply to two colonies – Ranaji Enclave and Vipin Garden – in Nangloi area.

The trial in Nangloi started in October last year.

The 24x7 water supply projects in the three areas will cover 12 per cent of the city's population.

Another such project is being implemented in the command areas of Wazirabad and Chandrawal water treatment plants. It will cover 11 per cent of the capital's population and will be completed in 2024.

The pilot has succeeded in bringing down non-revenue water (NRW) from 62 per cent initially to 10 per cent and water consumption from around 600 litres per capita per day (LPCD) to around 220 LPCD in Shanti Niketan and Anand Niketan in Vasant Vihar. But per person consumption remains high (323 LPCD) in Westend Colony where consumers have big houses and gardens.

In some cases, per person consumption is as high as 1,400-1,500 litres per day, the officials said. On an average, a person needs 240 litres of water per day in Delhi.

NRW means water lost due to leakages or theft before it reaches the consumer.

The officials also said that the losses in the distribution network in Malviya Nagar are still "very high" and one of the main reasons is "frequent damage to water pipelines by other utility providers", such as during the laying of gas pipelines.

Experts said to ensure 24x7 supply, a leakage-proof pipeline network, constant water pressure, sensors and metered connections are a must to prevent leakages and theft.

In the existing infrastructure, the DJB supplies water at high pressure. So, whenever the supply exceeds the demand, say on rainy days, the pipelines burst at weak points.

As part of the pilot project, the DJB replaced 30-35 years old pipelines. Around 60 per cent of the network in Malviya Nagar and 80 per cent in Vasant Vihar had to be changed.

Most of the leakages are found in house-service connections. These pipes have a life of eight to 15 years. So, all the household connections have been changed.