‘The Delta variant is ripping around the world at a scorching pace, driving a new spike in cases and death. Delta is now in more than 104 countries,’ WHO chief Tedros Adhanom Ghebreyesus said 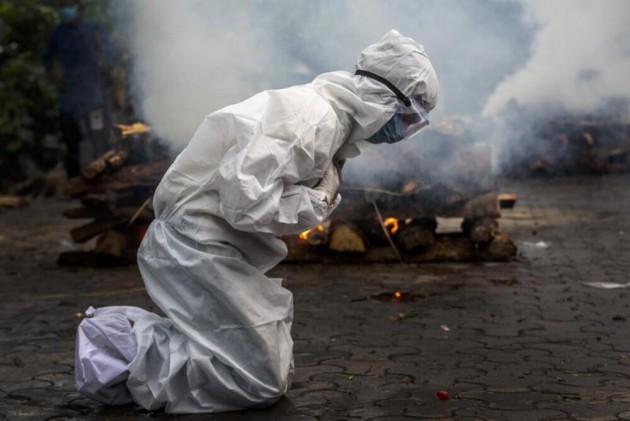 Amid the Delta Covid variant causing a massive rise in the number of coronavirus infections across the globe, WHO chief Tedros Adhanom Ghebreyesus on Monday said that the variant, which is now present in over 104 countries, will soon become the most dominant global strain.

“The Delta variant is ripping around the world at a scorching pace, driving a new spike in cases and death. Delta is now in more than 104 countries and we expect it to soon be the dominant Covid-19 strain circulating worldwide,” he said adding that the world is watching in real-time as the Covid-19 virus continues to change and become more transmissible.

Further, highlighting that the Delta variant is causing a divide between the “have and have-nots”, Ghebreyesus said, “We’re in the midst of a growing two-track pandemic where the haves and have-nots within and between countries are increasingly divergent.”

Delhi Runs Out Of Covishield Stock; Centres Likely To Be Closed From Today

Covid Explained: What Is Lambda Variant? Can Vaccines Protect Against It?

Addressing a press briefing on Monday, he said that last week marked the fourth consecutive week of increasing cases of Covid-19 globally, with increases recorded in all but one of WHO’s six regions, adding with concern that after 10 weeks of declines, deaths are increasing again.

“My message today is that we are experiencing a worsening public health emergency that further threatens lives, livelihoods and a sound global economic recovery. It is definitely worse in places that have very few vaccines, but the pandemic is not over anywhere,” he said, underscoring that the world should battle together to put out this pandemic inferno everywhere.

In countries with low vaccine coverage, the situation is “particularly bad”, he warned, stressing that Delta and other highly transmissible variants are driving catastrophic waves of case, which are translating into high numbers of hospitalisations and death.

“Even countries that successfully managed to ward off the early waves of the virus, through public health measures alone, are now in the midst of devastating outbreaks.”

Ghebreyesus emphasised that for health workers that have been in a “titanic battle” for more than a year and have record waiting lists to attend to, increased hospitalisations at any level is a challenge to them and their patients and to the overall capacity of the health system.

He stressed that as countries lift public health and social measures, they must consider the impact on health workers and health systems.

He also voiced concern that particularly in low-income countries, exhausted health workers are battling to save lives in the midst of shortages of personal protective equipment, oxygen and treatments.

Ghebreyesus underlined that while vaccines have never been the way out of this crisis “on their own”, this current wave is demonstrating again just what a powerful tool they are to battle back against this virus.

Voicing concern that the global gap in vaccine supply is hugely uneven and inequitable, he said some countries and regions are actually ordering millions of booster doses before other countries have had supplies to vaccinate their health workers and most vulnerable.

Reiterating that vaccination offers long-lasting immunity against severe and deadly COVID-19, the WHO chief said the priority now must be to vaccinate those who have received no doses and protection.

“Instead of Moderna and Pfizer prioritising the supply of vaccines as boosters to countries whose populations have relatively high coverage, we need them to go all out to channel supply to COVAX, the Africa Vaccine Acquisition Task Team and low- and low-middle income countries, which have very low vaccine coverage,” he said.

While tens of millions of vaccine dose donations are starting to come through, he said there is a need for more and faster.

“We need an all-out, no regrets, accelerated building up of new vaccine manufacturing hubs. For that to happen quicker, pharmaceutical companies must share their licenses, know-how and technology,” he said.

AstraZeneca has led on licensing their vaccines around the world to increase vaccine capacity quickly.

“As well as Europe, India and the Republic of Korea, I am pleased to announce two more manufacturing sites, in Japan and Australia, which have now received a WHO Emergency Use Listing, bringing AstraZeneca’s EUL’s to five,” he said adding that this gives the green light for COVAX to buy vaccines from these additional facilities, and enables countries to expedite their own regulatory approval to import and roll out vaccines.

The Serum Institute of India (SII), the world’s largest vaccine manufacturer, is among the key suppliers of Astra Zeneca doses to the COVAX facility.

''We need other manufacturers to follow this example. Thousands of people are still dying every day and that deserves urgent action...No more talk about vaccinating low-income countries in 2023, 2024. This is no time for a lull, we want to see progress being built on and a surge of action to scale up the supply and sharing of lifesaving health tools."